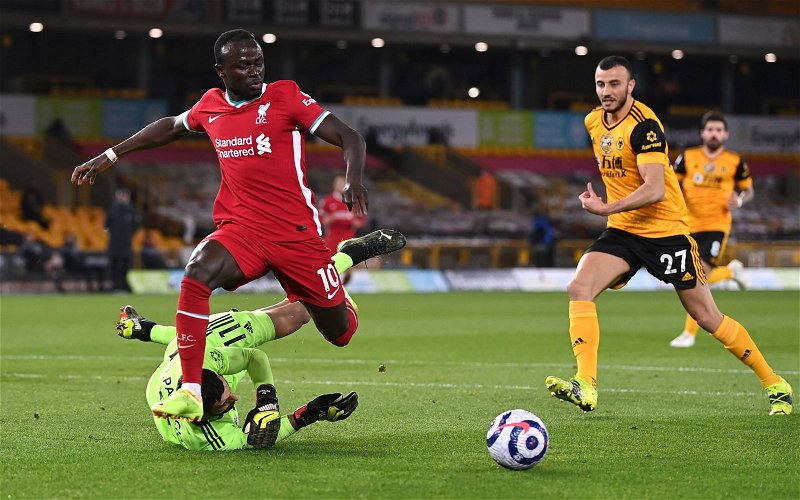 Liverpool fans have flagged up a frustrating Sadio Mane trait that reared once again as the Reds overcame Wolves 1-0 on Monday night.

The Senegalese forward was at the heart of everything good for Jurgen Klopp’s side in the first half and had a glorious opportunity to open the scoring when through on goal.

Mane opted to attempt to round the onrushing Rui Patricio and in doing so was caught by the Portuguese goalkeeper.

Whilst perhaps he could’ve gone down and earned a penalty, the 28-year-old attempted to regain his composure to score himself.

Forced wide by the mistake, the opportunity was lost and the move fizzled out to nothing – leading to the belief a potential penalty might’ve been the better bet.

Despite the victory, these Kopites were left frustrated at what is becoming a common theme…

‘Because he doesn’t want Salah to score the pen’ ?. Just go down!

Someone needs to tell him to go down

Three times since Newcastle he's stated up when he shouldnt

Not going down as he knows Salah takes to the pens

Getting a bit of an annoying habit of being too honest.