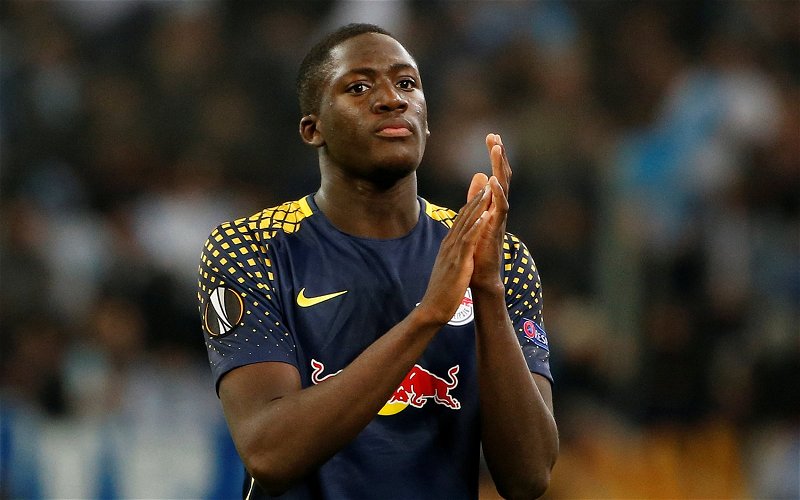 RB Leipzig are willing to sell Liverpool target Ibrahima Konate for £22million this summer, as reported by Spanish outlet AS.

This comes amid claims the French centre-back would jump at the chance to join the Reds as Jurgen Klopp attempts to bolster his defensive options.

Having suffered more than most with injuries in the first half of the campaign, Klopp was forced into action on deadline day signing Ozan Kabak and Ben Davies.

The former joined the club on loan, with an option to buy for £18million at the end of the season.

Based on recent impressive showings Klopp may take up that clause as the 20-year-old settles into life on Merseyside.

Whether the Reds remain in the market for a further central defender is debatable, however, at £22million – £9.5m less than the players market value (Transfermarkt) – Liverpool will certainly entertain the prospect.

Konate has a chequered injury history, making just 15 appearances across all competitions this term due to repeated setbacks.

Although at £22million Konate presents somewhat of a bargain based solely on ability, the injury record would be a major concern given the struggles this season in the Anfield squad.

Should assurances be made that the France Under 21 international’s issues aren’t going to continue, Liverpool would certainly be interested in a cut-price deal.