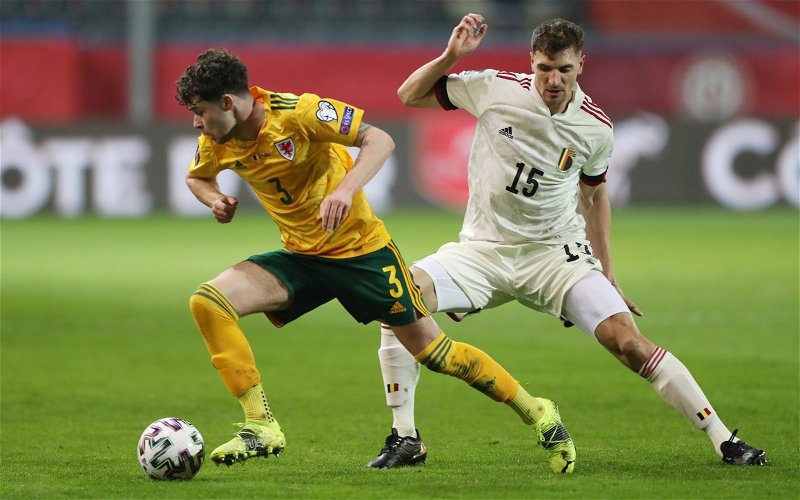 Young Liverpool full-back Neco Williams has caught the eye with his Wales display against Belgium after the 19-year-old put in a stellar performance.

Playing somewhat out of position as a left wing-back, Williams was confronted by a Belgian side ranked best in the world, boasting the likes of Kevin de Bruyne, Dries Mertens and Romelu Lukaku.

However, Wales took the lead when another Liverpool youngster, currently on loan at Cardiff City, Harry Wilson stroked home after a fine team move.

The lead didn’t last long and ultimately Roberto Martinez’ side ran out 3-1 winners in Leuven.

Despite the challenge in front of him, Williams performed admirably and earned a Sofascore rating of 7.0.

These football fans took to Twitter to laud the talented teenager…

Im decent. I think Neco Williams is a decent rb and he has bags of potential to become world class

Neco Williams is our most underrated player by our fanbase.

Proud of the boys tonight.

Thought neco Williams and rodon were superb. Belgium 2 goals were a slip and a needless penalty. Belgium class but could have easily ended 1-1.