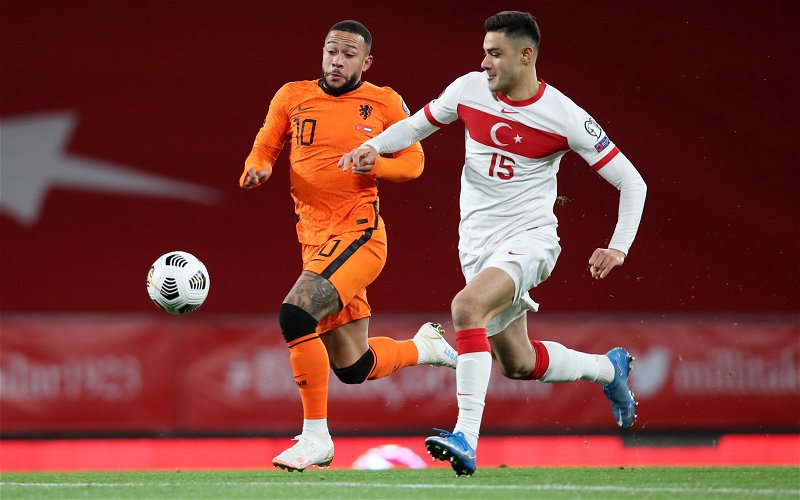 Liverpool defender Ozan Kabak has been showing himself in an impressive light with his recent performances for the Reds and that fine form has continued away on international duty.

The 21-year-old (birthday today), who is on a six-month loan from Schalke, completed 90 minutes for Turkey on Wednesday in a World Cup qualifier against a Netherlands side captained by Gini Wijnaldum.

Kabak partnered with Leicester City’s Caglar Soyuncu at centre-back as the hosts overcame the Dutch 4-2 on a dramatic night in Istanbul.

Having struggled in the early weeks of his spell on Merseyside, the youngster has begun to look settled recently and look every bit worth the £18m option to buy available to Liverpool at the end of the season.

Despite giving away a late penalty, which Memphis Depay missed, Kabak was outstanding at the heart of the defence, making three interceptions, completing three clearances and carried the ball out of defence to start.

He bossed the game

Kabak had an impressive game https://t.co/n1493OjOYM

*THAT* goal-line clearance
*THAT* dribble and pass

He had an outstanding game, solid and put no foot wrong. He had two great bursts forward, dribbling …pen at end was De LIGT clearly letting himself fall to get the pen

Just another day at the office for the “wall”. https://t.co/uPVMNWALiI