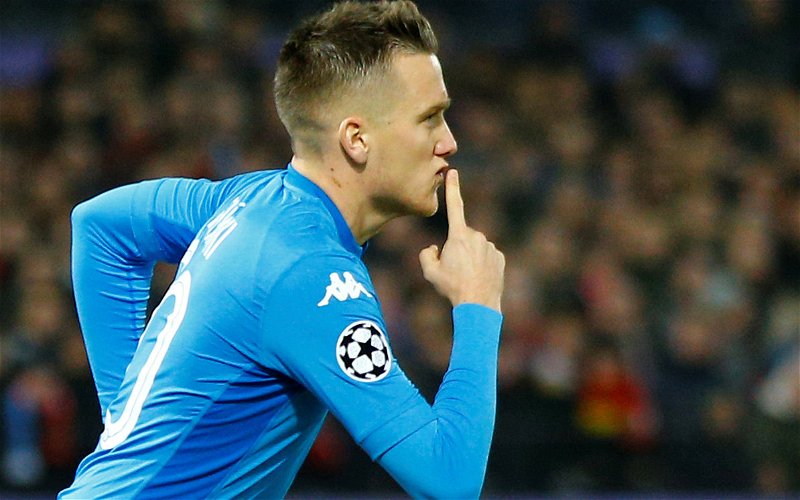 Liverpool fans have been somewhat bereft of things to cheer this season having endured an injury-ravaged Premier League title defence.

As the summer approaches, links begin to emerge with all and sundry across Europe with Jurgen Klopp perhaps looking to at least tinker with his squad.

The latest cab off the rank in the series of potential Gini Wijnaldum replacements is Napoli star, Piotr Zielinski, who in sliding doors fashion, nearly became a Red back in 2016 before the Dutchman arrived from Newcastle.

Perhaps a more creatively alternative to Wijnaldum, Zielinski would offer Klopp a much needed creative dimension as the Reds look to overcome sides attempts to stifle their attacking flair.

As ever Kopites have had their say over the links on social media...

Zielinski was LFC's first choice back in the day, before "settling on" Wijnaldum…

There's another player in Serie A by the name of Rodrigo De Paul. Way better than Zielinski

Don't do it. He's massively overrated.

He wore our jersey and went to Napoli idk it has always irritated me. https://t.co/R6pbSRx2ge

YES TAKE HIM FROM NAPOLI https://t.co/bmkFkD1KP0

Zielinski shouldn't play in a midfield two. He'd be ideally suited to the Milner role rcm/rm – or on the right of the three in a 4231 https://t.co/Q3x0o5ynfD