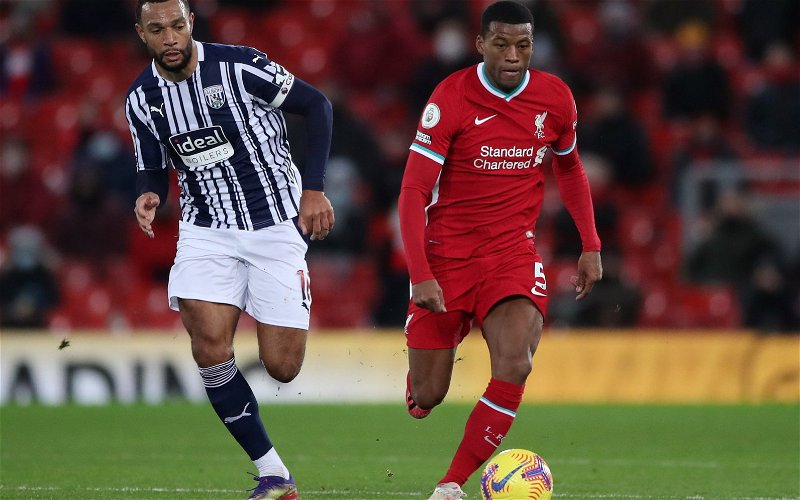 Liverpool fans have been reacting as a report from The Sunday Times claims midfielder Gini Wijnaldum will leave the club this summer to join Barcelona.

The Dutchman’s future has been in the balance for some time after contract renewal talks at Anfield reached a stalemate.

Now it looks as though the 30-year-old will ply his trade at the Camp Nou next season, where he will link up with his former national team coach Ronald Koeman and perhaps Philippe Coutinho.

Despite often dividing opinion among Liverpool fans, Wijnaldum has been a favourite of Jurgen Klopp’s during his five years on Merseyside.

This season that has been more true than ever as the Holland star has been crucial to the Reds, making 40 appearances in all competitions.

Anyone who doesn’t want to be at our club can go immediately I say, no club is bigger than #LFC!!! So long ??

Shame but inevitable. We’ll miss him despite what many naive kids on here think

Good luck to him, hopefully replace him with a less predictable player.

Been fantastic for the club and will be missed. He honored his contract and never complained, nothing but respect for this guy and wish him all the best

Underrated, under appreciated. Will be a big loss. Always available. Set a good standard. Possibly not played to his true strengths at times.