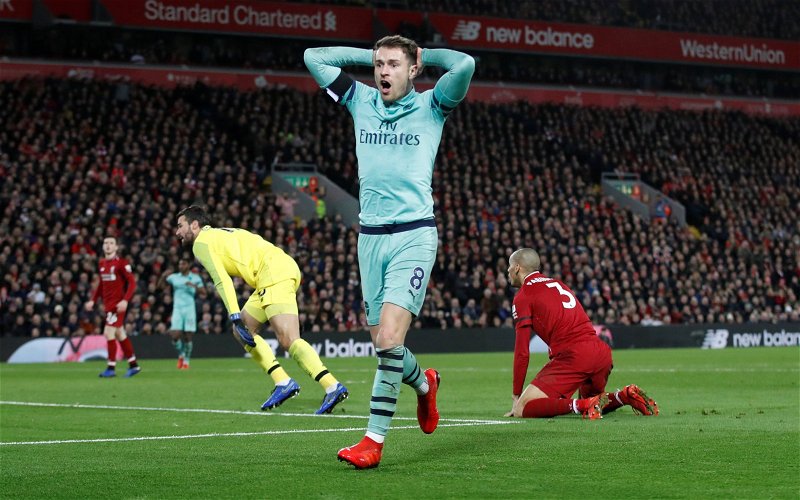 Liverpool fans have been dismissing links with Juventus midfielder Aaron Ramsey on social media after it emerged the Reds were in the hunt for the Welshman.

The report from Italian media was brief on detail but named Liverpool as a potential suitor along with West Ham as the Serie A side look to offload Ramsey this summer.

Despite enjoying a successful career, both at Arsenal and since arriving in Italy, the 30-year-old has had his injury issues throughout and mightn’t necessarily be deemed an upgrade to what Jurgen Klopp already has at his disposal.

Currently sidelined with a tough issue, Ramsey has played 26 times this season for the Old Lady in all competitions.

Another embarrassing signing if true

No chance! His not a upgrade and his always injured

?? Another one for the treatment table

constantly injured so welcome aboard https://t.co/Vp60z8o5BR