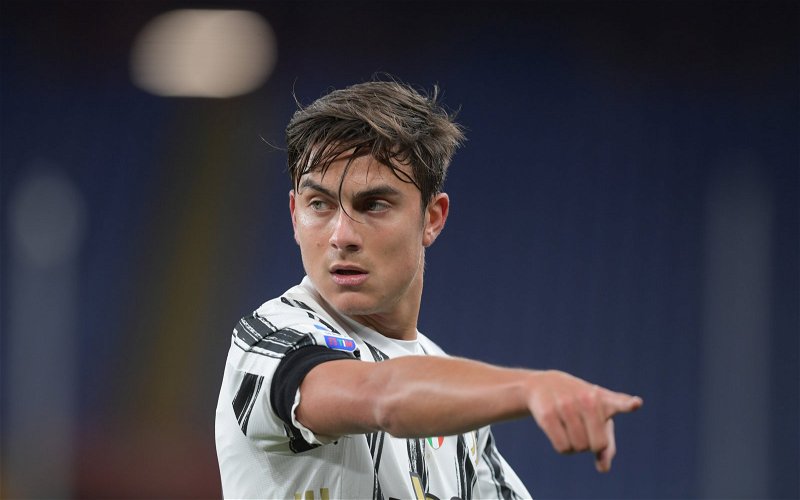 Liverpool have been linked with a sensational move for Juventus star Paulo Dybala, not for the first time, and Reds almost to a man are fully behind the move.

Having reached the pinnacle last season, the previously richly acclaimed front three have fallen below their usual high standards at times this season, leading to the conclusion fresh faces are in order.

Dybala, a 29-cap Argentina international, would certainly represent a high-quality addition, having performed at the top level for many years and contributing regularly to major trophy success.

Whilst this deal would mean a major outlay for the club and would likely use up a large chunk of the budget, Kopites are excited by the prospect.

Yeah. In a heartbeat. https://t.co/8zwjtbpmw0

Would be a dream signing, the guy on form is top 5 itw

Literally the only player I really really want at Liverpool (that’s realistic, obvs I want Messi)