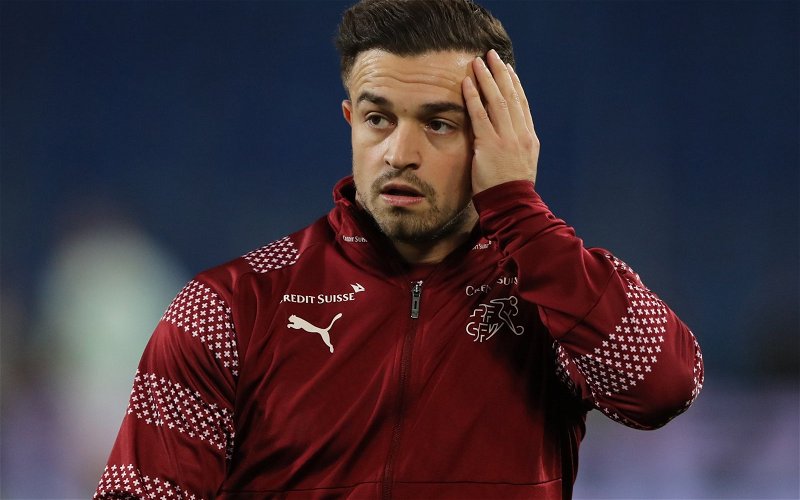 Up until this point, Liverpool‘s European stars have been enjoying a successful international break, with Xherdan Shaqiri the latest to join in the fun.

The diminutive winger scored the only goal of the match in just the second minute as Switzerland came past Lithuania in a World Cup qualifier on Sunday – backing up Diogo Jota’s double on Saturday night for Portugal.

Add to that Ozan Kabak’s inspirational performance for Turkey last week and Thiago’s match-defining cameo for Spain against Georgia, then the absent Reds are having a whale of a time with their respective nations.

This can only bode well for Jurgen Klopp’s side as the German turns his own attentions to Saturday’s upcoming clash with Arsenal at the Emirates Stadium.

Shaqiri has struggled at times during his Liverpool career, with injuries all too often the headline as the 28-year-old battles to circumnavigate Mohamed Salah into a starting role.

Save some for Arsenal

Shaqiri turns into a god when playing for Switzerland.

So creative and makes this team tick.

He really needs to go to a club that will play him consistently. He is such an asset.#SUILTU