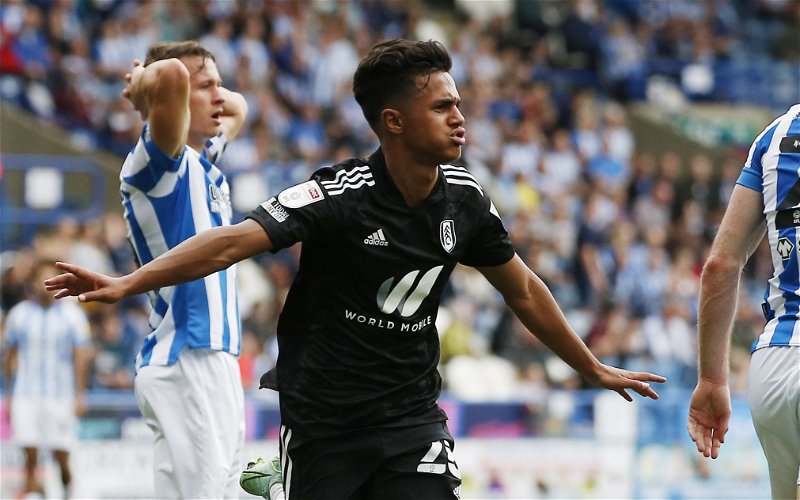 Liverpool have reportedly ‘reached an agreement’ in principle to sign Fulham star Fabio Carvalho in the summer.

The Lowdown: Previously linked with a move

The Reds already came close to sealing a deal for the 19-year-old on deadline day back in January, but failed to process the move in time before the window closed.

The Portuguese even underwent a medical at the Merseyside club at the start of the New Year but ended up returning to the Cottagers where he has provided 13 goal contributions in just 27 outings so far this season.

Liverpool’s interest in Carvalho was expected to be revived at the end of the current campaign and that now looks highly likely to be the case.

Football Insider claim that a recruitment source has informed them that the club have reached an ‘agreement in principle’ with the youngster after negotiations have recently recommenced over a possible transfer.

It’s said that personal terms have already been arranged with the two-time Portugal Under-21 international and that a deal is in place for him to move to Anfield when he becomes a free agent at the end of June.

The Verdict: A player for the future

With Liverpool’s options in midfield not getting any younger, it’s important for them to start signing players with a vision to look to the future, should they still want to achieve long-term success.

Harvey Elliot is another young talent who swapped Craven Cottage to join the Reds back in 2019 and having previously been hailed as “fantastic” by Fulham manager Marco Silva, Carvalho seems to be following in his footsteps and with the move seemingly imminent, the duo are bound to be a creative force to be reckoned with in the future.

Also lauded as an “extraordinary talent” by Sky Sports analyst Nick Wright, it appears as if the Merseyside giants will finally get their man after failing to seal him in the winter.

In other news, James Pearce has delivered a positive Liverpool injury update ahead of their crunch match against Manchester City. Read more here.