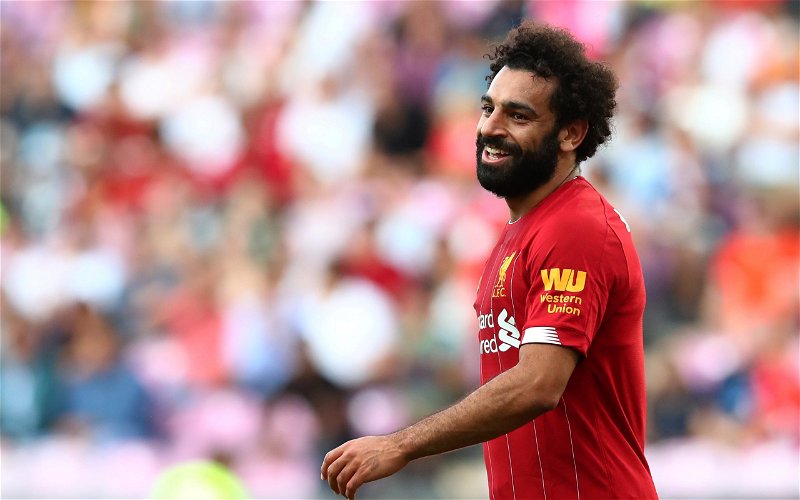 An update has emerged on the future of Mohamed Salah, amid recent transfer rumours linking him with a move away from Anfield this summer.

The Lowdown: New contract not yet in place

The 29-year-old’s future with the Reds has been a huge talking point of late, with a new deal yet to be agreed as a result of issues surrounding wage demands.

Jurgen Klopp’s side are about to experience a huge few months on the pitch and could no doubt do without all of this speculation off it, but a new update has now emerged.

In a recent interview with Spanish radio station RAC1, Barcelona president Joan Laporta delivered an update on their interest in the Egyptian. He said:

‘’Top players want to join Barca, that’s clear. I can’t say if we’re in talks for [Robert] Lewandowski and [Mohamed] Salah or not, or in the club, they’ll tell me that I’m creating problems in the negotiations.”

The Verdict: Remain on Merseyside

Nobody knows what decision the 81-time international will make, but it’s clear to see that he is enjoying life at Liverpool and the chances of him putting pen to paper on a new contract are more than possible.

Of course, this might mean that he would have to eventually accept less money in order to stay put, but he is such a vital player, having already made 30 goal contributions in 27 league appearances alone this season so you’d imagine that the hierarchy would do everything they can to keep him.

It would be a huge blow to the Anfield outfit if they were to lose arguably their best player, but the Blaugrana aren’t even playing Champions League football right now and for a player of Salah’s quality, he will want to be showcasing his talents on the world stage and at this moment in time, the only way he can do that would be by remaining where he is.

In other news, Liverpool are reportedly eyeing up a move for a £63k-per-week star. Read more here.