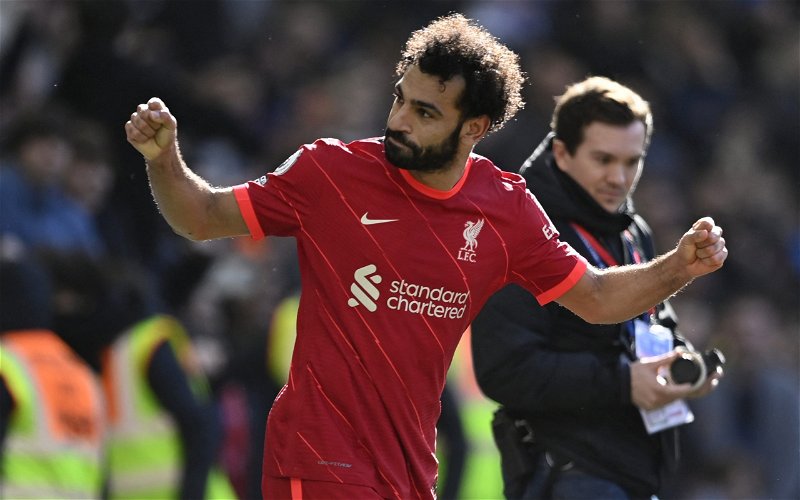 Fabrizio Romano has provided a huge update on Mohamed Salah’s current contractual situation at Liverpool and it’s one that fans might just want to hear.

The Lowdown: New deal up in the air

Come the end of June, the Egyptian will only have 12 months left on his deal with the Reds, which expires in 2023, but is yet to put pen to paper on an extension amid issues surrounding wage demands.

Despite recent speculation about a possible move to Barcelona, Romano has delivered some promising news surrounding the 29-year-old sensation.

When speaking during an episode of his Here We Go podcast, the Italian journalist said:

‘’Salah is not planning to go to La Liga clubs this summer…as of today. There’s nothing serious between Barca and Salah. It’s up to Liverpool.”

If true, this is brilliant news for the Merseyside club.

The 81-time international has become one of Liverpool’s most influential players under the guidance of Jurgen Klopp, providing a massive 210 goal contributions in just 239 appearances since arriving at Anfield, as per Transfermarkt.

The German manager previously hailed his £90m-rated talisman as being ‘’one of the best players in the world’’ and so if he really does have no desire to play in Spain, the former Premier League champions will no doubt do everything in their power to keep hold of him, even if that means matching the financial demands that Salah is asking for.

In other news, Liverpool have been recently linked with a move for a £67.5m-rated star. Read more here.