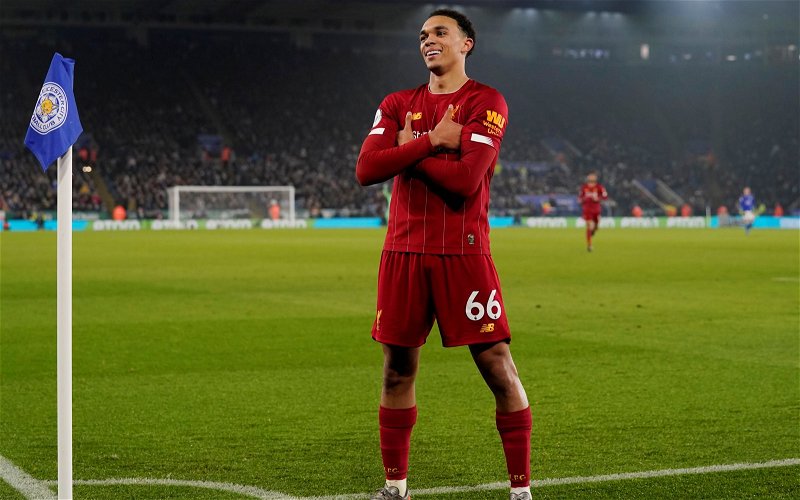 There is a chance that Trent Alexander-Arnold could be fit again just in time for Liverpool’s vital match against Manchester City on April 10.

The Reds have been in fantastic form of late but recently suffered a huge blow with the 23-year-old sustaining a hamstring injury in the 2-0 away victory at Arsenal.

It was initially reported that the 16-time international would miss ‘weeks’ and as a result, the possible season-defining trip to the Etihad, but that may have all now changed.

According to The Athletic journalist James Pearce, it’s claimed that the game against Pep Guardiola’s side is viewed as a ‘possible comeback date’ for the £160k-per-week star, but states that he still has some work to do given the nature of the problem.

‘’Trent Alexander-Arnold’s rehab progressing well. Chance he could be fit for crunch clash at the Etihad on April 10 – but that would be a quick return. Important hurdles still to clear.’’

The Verdict: A game-changing player

It’s no secret that Alexander-Arnold is one of the most influential players in Jurgen Klopp’s squad and so if available for selection, starting him against City next weekend could prove to be the difference between winning and losing the title.

The £72m-rated talisman is Liverpool’s main source of creativity, registering a total of 11 assists and scoring twice in just 26 appearances so far this campaign, as per Transfermarkt, with most of their play coming down that right side of the pitch (38%).

It’s fair to say that the German boss won’t be taking any unnecessary risks with his full-back, but with there being just one point currently separating the two teams at the top of the table, being able to field his strongest starting XI would massively enhance the Merseyside club’s chances of lifting that Premier League trophy at the end of the season.

In other news, Liverpool have reportedly made an approach for an £36m-rated winger. Read more here.