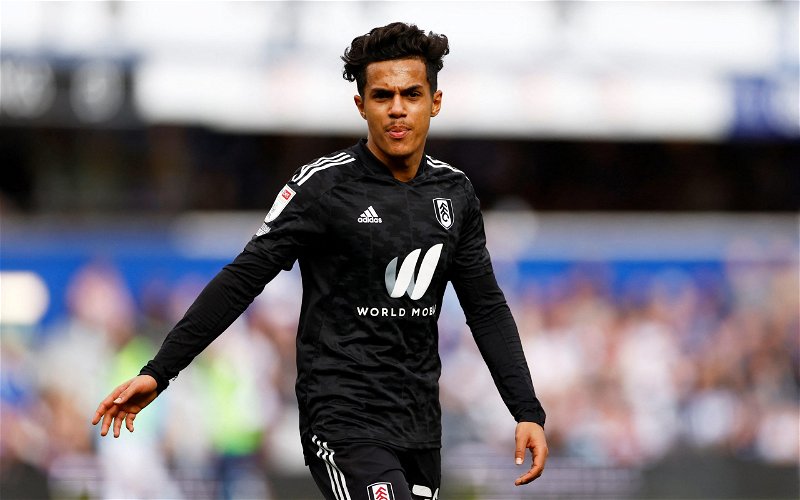 Liverpool have reportedly agreed on a deal to sign Fulham youngster Fabio Carvalho ahead of the upcoming summer transfer window.

The 19-year-old, whose current contract with the Cottagers expires at the end of June, has been a stand-out performer for the west London outfit this season, having already made a total of 14 goal contributions in just 29 Championship appearances, as per Transfermarkt.

The Reds brought in Luis Diaz in January but were also strongly linked with a move for the Portuguese which was said to have fallen through on deadline day.

However, despite the teenager staying put at Fulham, it was always expected that Liverpool would revive their interest in Carvalho in the summer and that now looks highly likely to be the case.

According to transfer insider Fabrizio Romano, the former England youth international’s move to Merseyside is now a “done deal”, with the medical ‘already completed’ after being granted permission by Fulham to go ahead with the plans.

As the source states, it’s claimed that the arranged fee for the forward is £5m, plus £2.7m in add-ons with a sell-on clause included.

“Excl: Fabio Carvalho to Liverpool, here we go. Done deal. Medical already completed with Fulham permission. 5 million fee plus 2.7m add ons, sell-on clause included. Contract until 2027. NO plan to loan him back. Announcement in May,” he tweeted.

Should Carvalho put pen to paper on a deal at Anfield, it’s likely that his contract will run up until 2027, with the hierarchy having no plans to loan him back out to Marco Silva’s side.

With Liverpool’s current front three not getting any younger, Salah (29), Mane (29), Firmino (30), it’s probably a sensible option for the Reds to start looking at bringing in new players who have the potential to be long-term successors and the future of the club, and that could well be the £3.15m-rated ace.

As per WhoScored, Carvalho has averaged 1.9 in both shots and key passes per game this campaign, alongside 1.2 successful dribbles per 90 minutes, which is exactly the type of attacking prowess that the Reds need to add to their squad should they want to continue getting their hands on as much silverware as possible in the future.

Speaking to Football Insider, former Leeds striker Noel Whelan has suggested that he thinks Carvalho would be the perfect signing for the German boss. He said:

“He looks like the perfect fit, the perfect style of player for Jurgen Klopp and Liverpool Football Club. I do not believe that they will think: We didn’t get him in January so let’s leave it.

“Liverpool seem to do their business very, very well when it comes to players. They don’t hold back. If they want somebody to go and get them.

“I would put my money on Carvalho wearing a red shirt at the start of next season.”

The seemingly imminent move has a similarity to that of Harvey Elliot’s, who also left Fulham to join Liverpool back in 2019 and so it would come as no surprise to see his former teammate follow in his footsteps over the coming months.

In other news, a Liverpool star has taken to Instagram to celebrate his recent Champions League goal against Benfica. Read more here.