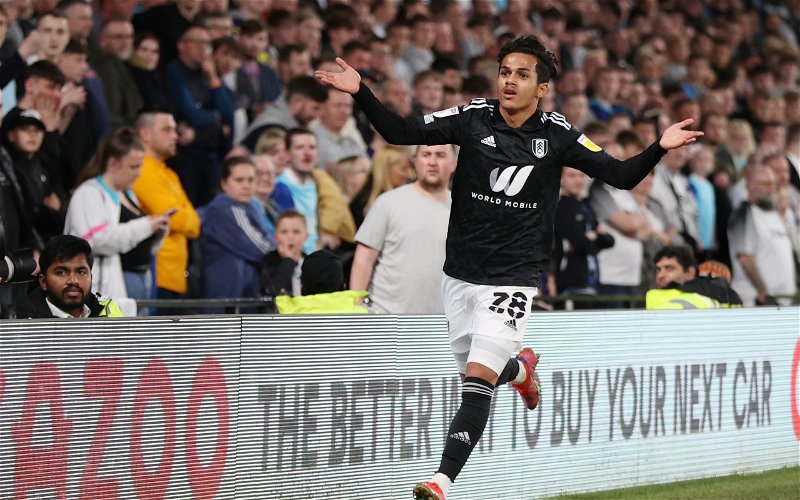 Liverpool transfer target Fabio Carvalho has refused to dismiss the possibility that he is about to sign for the Reds.

It has recently been reported that the 19-year-old has finalised a deal with the Anfield outfit to join the club in the summer, but there has still not yet been any kind of official announcement.

The youngster was interviewed by Fulham prior to their Championship encounter against Preston North End on Tuesday night, and it seemed like the Portugal-born talent wasn’t keen on ruling anything out.

Speaking as part of the Cottagers’ matchday programme (via the Express), Carvalho said:

“I’ve tried not to let it affect me but I’m only human.

“I’m obviously aware of those stories, even if it’s only subconsciously. I think it has affected me a bit. But what I can say is that I’m determined to keep working hard for Fulham. Whenever I step out onto the pitch wearing a Fulham shirt, I will give it my all.

“As far as the future goes, whatever happens, happens. My focus is on the here and now.”

Looking at the current ages of Liverpool’s stereotypical front three, Salah (29), Mane (30), and Firmino (30), it’s probably best that the Merseyside hierarchy start looking at potential long-term attacking successors, and the £3.15m-rated prospect could just be the answer.

According to WhoScored, the winger has made 17 goal contributions in all competitions so far this season, and averages 2.2 shots per 90 minutes, proving that he can be a real threat going forward.

He also has a pass success percentage rate of 82.3%, showing that he has the ability to control the ball in the middle of the park when played in a more central role.

Sky Sports pundit Clinton Morrison has claimed that he thinks Fabio will definitely be in a Reds shirt next term. He said:

“Carvalho, who is an exciting player.

“He will be a Liverpool player next season. He has got some fantastic ability.”

After Harvey Elliot made the move to Anfield back in 2019, it would come as no surprise to see his former teammate follow in his footsteps during the upcoming window, where he could go on to be a Liverpool star in the making in years to come.

In other news, a former Liverpool legend has described a £71k-per-week star as “an absolute dream”. Read more here.