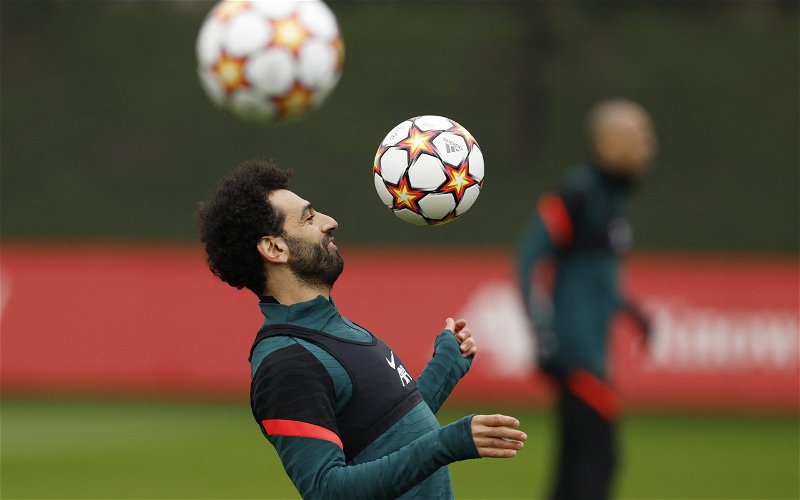 Mohamed Salah is reportedly close to signing a new deal at Liverpool, according to talkSPORT pundit Gabby Agbonlahor.

The 29-year-old’s current contract with the Reds is set to expire in 2023, but the Egyptian has not yet officially agreed to fresh terms with the club as a result of the hierarchy not wanting to meet his wage demands.

During an interview with Sky Sports last weekend, Salah said that it is currently a “sensitive situation”, but it seems like a new update has emerged thanks to the former Aston Villa striker.

The Latest: Almost over the line

“I think there’s going to be big problems at Liverpool because I’m hearing Salah is close to signing a very big contract of £400,000-a-week.

“The problem with that and the reason that Liverpool are scared to give him that is because Mane will want similar, Van Dijk will want to renegotiate because he’s just signed a new contract.

“When you go over the wage cap at a club the doors will open and other players are going to want increases.

“It’s going to be very interesting and very expensive for Liverpool. It’s definitely a big problem.

“But if I’m Mo Salah I’m asking for what I deserve. He will not even be close to what Neymar’s earning, what Lionel Messi’s earning and what Kylian Mbappe will be earning and he’s on par with them at the moment.

The Verdict: Get it done

Despite the £90m-rated star asking for a lot of money in return for his services, if a new deal would take him to the end of his playing career, surely it’s one worth completing.

The 82-time international has made a staggering 211 goal contributions in just 243 appearances for the Anfield outfit since arriving from Roma in 2017 and even when he’s not consistently finding the back of the net, Salah averages 4.1 shots per league game and has picked up the Man of the Match award six times this season, as per WhoScored, showing just how much of a threat he can be when on the pitch, in form or not.

Hailed as being one of the “best players in the world” by Jurgen Klopp, it’s obvious that his manager knows how much of an unbelievable talent he is and so you’d imagine that the Merseysiders will do everything within their power to keep him until the day comes that he hangs his boots up for the final time.

In other news, Liverpool have recently been linked with a move for a player that’s been regarded as the ‘next Luka Modric’. Read more here.