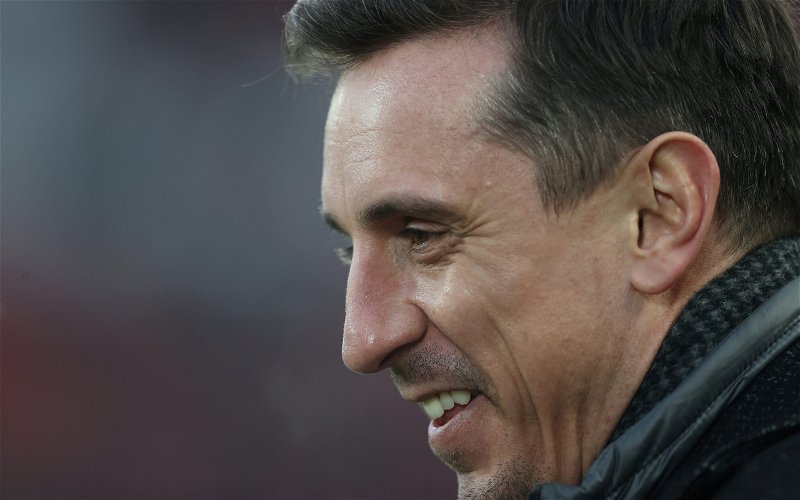 Gary Neville has suggested that he thinks Liverpool will have a ‘’dangerous’’ finish to the 2021/22 season in the hunt for more silverware.

The Lowdown: A strong start

After getting their hands on the Carabao Cup back in February following a penalty shootout victory against Chelsea, the Reds have already got one trophy in their cabinet.

The Anfield outfit are also involved in both the later stages of the Champions League and FA Cup and are currently sitting just one point behind Premier League leaders Manchester City in the title race, so the quadruple is most definitely still on.

The Latest: Firing on all cylinders

Speaking during an episode of Sky Sports’ The Overlap Live on Wednesday night, former Manchester United professional turned pundit Neville claimed that he thinks Liverpool will do ‘’something special’’ as they strive to achieve the almost impossible. He said:

“You’re going to just get through games through resilience, quality, spirit and energy. I think they are unbelievably dangerous, and I think they’re going to do something pretty special this season.

‘’When I watched them against Arsenal, there is nothing I saw that didn’t tell me they’re going to go and win the title. That is a title-winning performance.

“I’ve said Man City all season, but I think Liverpool will win the league. They’re dangerous in the other two competitions and I think they’ll do something special because of those five strikers they’ve got.’’

The Verdict: Hot on City’s tail

With Jurgen Klopp’s side quickly making up ground after falling significantly behind City earlier in the campaign, it’s now shaping up to be yet another thrilling run-in with just nine games remaining.

The two teams are set to face each other on April 10th in what will be one of the most pivotal matches of the season, with a win for either club having the potential to be the catalyst in them going on to claim the title.

Assuming that neither side drop any points before then, should the victory go Liverpool’s way, this would see them leapfrog their opponents and go back to the top of the table.

They are more than capable of completing the comeback but it seems that whoever ends up in pole position on that day, the title will be theirs to lose.

In other news, Fabrizio Romano has delivered a huge update on a Liverpool star’s future at Anfield. Read more here.