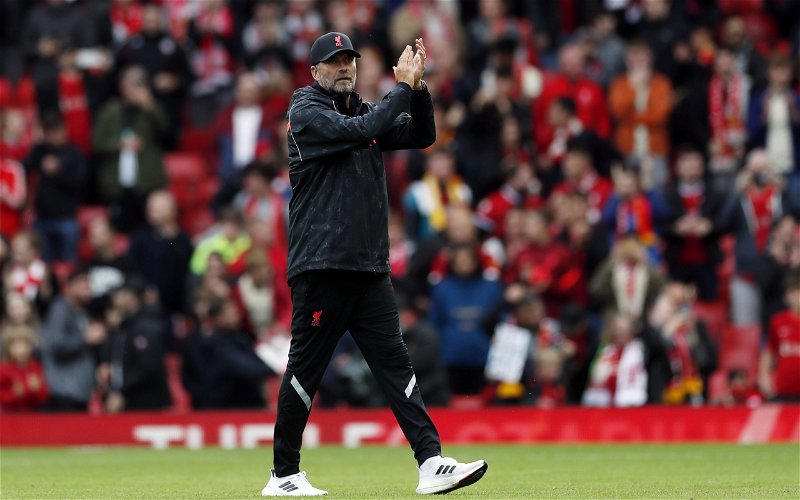 Liverpool reportedly look to set to miss out on transfer target Gleison Bremer this summer, with the defender “probably going to Inter Milan”, according to journalist Dean Jones.

The 25-year-old has hugely impressed in his 106 Torino outings, not just at the back but going forward as well, where he has scored 13 goals and registered five assists during that time, as per Transfermarkt.

The Reds are amongst several sides who have recently expressed an interest in Bremer, but despite this, a new update has emerged from the insider, who has revealed what he’s heard regarding the future destination of the Brazilian’s next club.

In an interview with GIVEMESPORT, Jones said:

“I’m not sure I can, to be honest (envisage Bremer moving to the Premier League).

“I mean, he’s a great player, but everything I hear suggests he’s going to sign for a big Italian club, and at this stage, he’s probably going to Inter Milan. That’s the noises that I’m hearing.”

The Verdict: No need for a new addition

It’s no surprise that some of the biggest clubs in Europe are battling it out for the £27m-rated star’s signature, but in terms of the Anfield outfit, they don’t currently need any new centre-backs added to their squad.

Virgil Van Dijk and Joel Matip have typically been the first-choice partnership at the back under Jurgen Klopp this season, but following Ibrahima Konate’s recent fantastic performances in the Champions League, not to mention the fact that Joe Gomez is still a Reds player, it would seem that the heart of the Merseyside defence looks pretty well-stocked.

Once hailed an “animal” by his Serie A teammate Mergim Vojvoda, Bremer will no doubt go on to have a successful career wherever his future lies, but at this moment in time, that destination looks highly unlikely to be Liverpool.

In other news, a talkSPORT pundit has shared a huge update on Mohamed Salah’s contractual situation. Read more here.