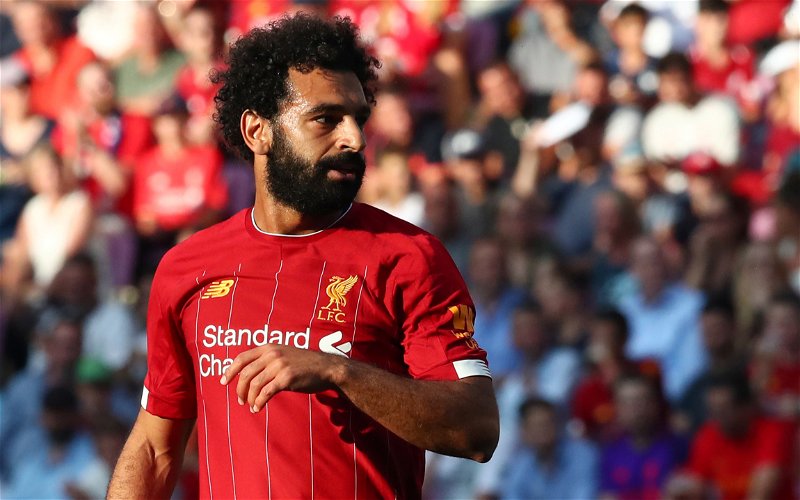 The Lowdown: Three points in the bag

The Anfield outfit ran out 4-0 winners against the Red Devils on Tuesday evening, with goals coming from Luis Diaz, Sadio Mane, and a brace from the Egyptian himself.

There were several impressive displays all over the field from Jurgen Klopp’s side, but the 29-year-old was a stand-out performer and as a result, has received some high praise from the Spaniard.

The Verdict: Back to his old ways

The £90m-rated talisman has recently received criticism for his poor run of form, but it didn’t take him long to return to his old tricks again, after bagging two goals and an assist against Ralf Rangnick’s men.

Salah recorded four shots over the 90 minutes, more than any other Liverpool player on the night, which therefore earned him an overall match rating of 8.81, higher than the rest of his fellow teammates, as per WhoScored.

This now takes the striker’s goal contributions tally up to 34, where he has found the net 22 times and has registered 12 assists in just 30 Premier League outings so far this season, via Transfermarkt.

Jurgen Klopp has previously outlined the importance of having the 82-time international in his squad and has stated that he loves his hunger for success. He said:

“Most important though, for us, is that he is hungry, willing and eager to be even better and improve further.

“He believes in what we are trying to do here at Liverpool and is extremely keen to be part of it.

“He is very excited about performing for our wonderful supporters. He is an ambitious player who wants to win and win at the highest level; he knows he can fulfil those ambitions with Liverpool.”

With the quadruple still very much a possibility for the Merseysiders, now would be the perfect time for the £225k-per-week star to start discovering his prolific self again, should he want to get his hands on as much silverware as possible and continue to achieve long-term success with the Reds.

In other news, a BBC pundit has hailed a Liverpool 46-time international as being a “superb player”. Read more here.