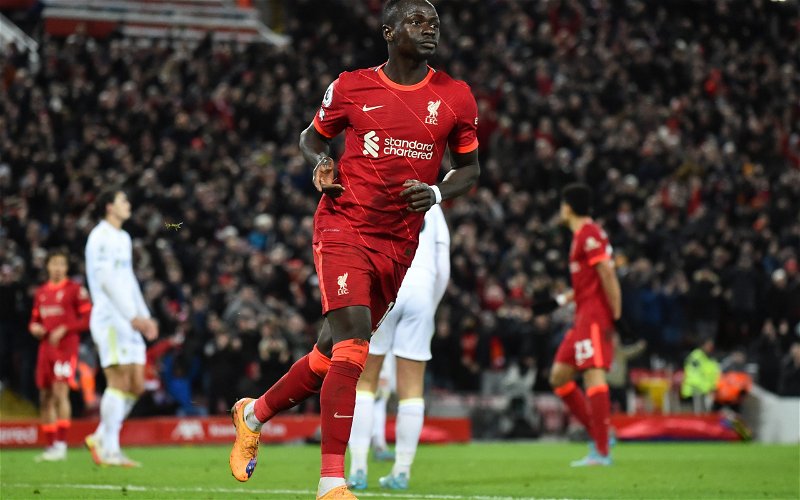 The Lowdown: A class act

The Reds went into the break 2-0 up on Tuesday night thanks to goals from Luis Diaz and Mohamed Salah, and it was the Senegalese forward who lifted the ball neatly into the path of his Egyptian teammate to give them the two-goal advantage.

The Liverpool talisman made no mistake in slotting the ball past David De Gea as he returned to his normal form, but it was Mane’s bit of skill that caught the eye of the commentator.

“That is an absolutely magnificent piece of football from Liverpool.

“It’s a great touch by Salah and when he gets into that sort of situation you know he’s not missing. The pass from Sadio Mane is absolutely world-class.”

The Verdict: In great form

The 30-year-old has been in some incredible form for the Anfield outfit of late, scoring five goals and bagging one assist in his last five outings in all competitions, as per WhoScored.

This now puts him on 19 for the campaign, making him Jurgen Klopp’s third-highest goalscorer, behind Mohamed Salah (30) and Diogo Jota (21).

The £72m-rated striker, who has previously been dubbed “absolutely insane” by his German boss, is a key player in this Liverpool squad, and if he is able to continue this string of outstanding displays between now and the end of May, then the hunt for that unprecedented quadruple will start looking ever more possible.