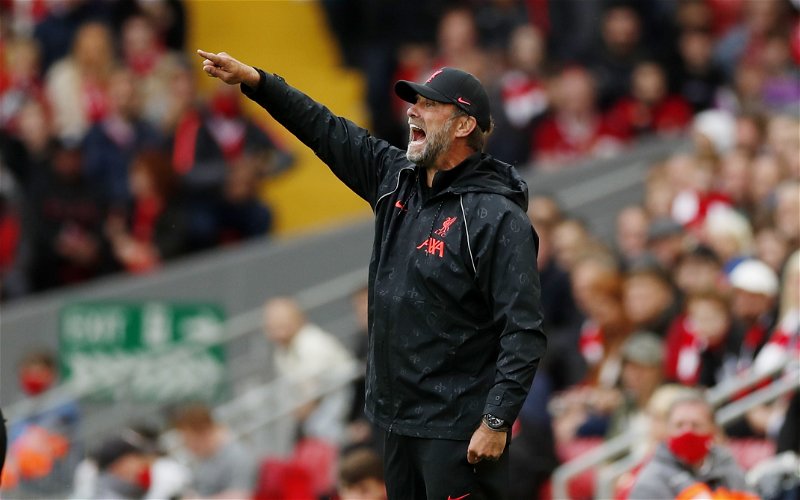 Jurgen Klopp has delivered an injury update ahead of Liverpool’s upcoming Champions League clash against Benfica on Wednesday night.

The Lowdown: No impact on team selection

The Reds already hold a two-goal advantage coming into the quarter-final second leg after securing a 3-1 victory against the Portuguese outfit in the reverse fixture.

Jurgen Klopp’s men have since been involved in an exhilarating 2-2 draw against Manchester City last weekend and will face them again on Saturday in the Emirates FA Cup semi-final, but the German manager has hinted that the game at Wembley will have no impact on his team selection ahead of facing the Lisbon-based side.

When asked for a squad update during his pre-match press conference on Tuesday, the boss said:

“The next game has absolutely no influence on the line-up for tomorrow night, but the last game has. So, we have to see. Obviously, it’s a super-intense schedule.

“There is nobody injured as far as I know, in this moment, but we need to have a look [at] who is fresh enough for this game and stuff like this because we see it really as a super-important game. I know we are in the world of football where you win the first leg 3-1 then that means for people who have nothing to do with the game, ‘Yeah, [they are] halfway through.’

“Then you play City left and right of the game and it’s like somebody could be with their focus somewhere else. We see it slightly different, to be honest.

“This is a super, super, super, super, super-important game to us and we said it a couple of times: we tried so hard last year to qualify for the Champions League and now we can make it into the semis, which is incredible. And that’s what we want to show tomorrow night, that it means a lot to us.”

He also revealed that it was the “first time” since his arrival in 2015 that he had a fully-fit squad to choose from.

The whole of the Liverpool squad being available for selection comes as a huge boost for the Merseyside outfit, who will need to have all the firepower accessible to them should they want to progress to the next stage of the competition, even with a two-goal advantage.

Luis Diaz was the man of the moment for the Reds in the first leg and gave an impressive performance on his return to Portugal, where he both netted and assisted a goal, earning himself an overall match rating of 8.61, higher than any of his fellow teammates on the night, as per WhoScored.

Having only played 20 minutes against Manchester City, there’s no doubt that the Colombian will be hoping to be unleashed against Benfica, and after the impact that he made the last time the two teams met, Klopp might just give him that chance in the hope of a repeated display.

If the Reds do manage to book their place in the Champions League semi-final, they would be coming up against Villareal, who successfully defeated Bayern Munich 2-1 on aggregate, with ties to be played on 26/27 April and 3/4 May.

In other news, Liverpool have recently been linked with a move for a £27m-rated defender. Read more here.