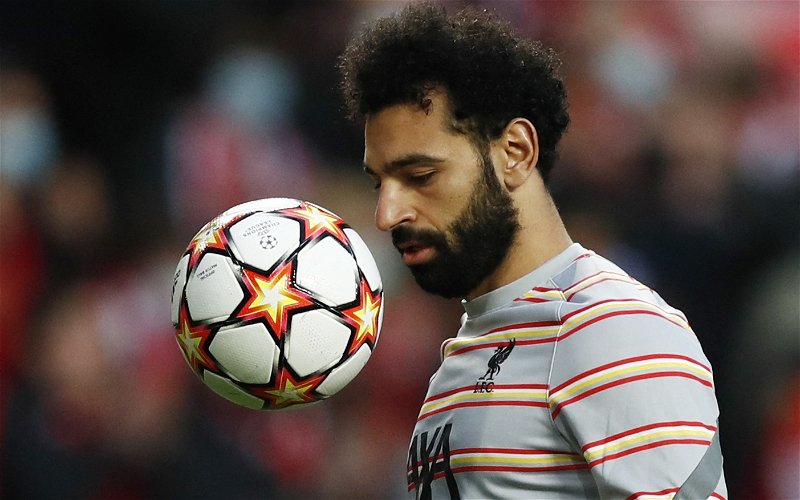 Mohamed Salah is reportedly on the verge of signing a new deal with Liverpool after months of speculation surrounding his current contractual situation.

Speaking to Egyptian radio on Monday (via The Mirror), sports minister Ashraf Sobhi has claimed that the 29-year-old has told him that he wants to remain at Anfield. He said:

“I met with Mohamed Salah at the airport after the end of the Senegal match and the failure to reach the World Cup finals and said to him to forget what happened and focus on what’s next.

“I have advised him to continue his journey at a club other than Liverpool, but his direction now is to renew his contract with Liverpool.”

Should this be true, it would be a huge boost for the Reds and with only having one year remaining on his current deal, which is set to expire in 2023, this would likely take him to the end of his playing career.

The 82-time international first arrived on Merseyside from Roma back in 2017 and since then, has gone on to make a staggering 210 goal contributions in just 241 appearances, as per Transfermarkt, which has seen him propel himself onto the global stage and into “Liverpool’s greatest XI”, as stated by former professional turned pundit Jamie Carragher.

According to WhoScored, Salah has averaged 4.2 shots per game this season, with a prolific striker in front of goal being exactly what you need in a team challenging for the title. His impressive displays week-in, week-out, have seen him receive the Man of the Match award six times, giving him an overall rating of 7.67.

Hailed as being one of the “best players in the world” by manager Jurgen Klopp, the Egyptian will no doubt want to get his hands on as much silverware as possible before hanging his boots up, and with the Reds already winning the Carabao Cup, the unprecedented quadruple is still a possibility so this could prove to be a key factor when it comes to the £90m-rated talisman deciding where his future will lie.

Many around Anfield will be thrilled to hear of these comments heading into the summer, where his contract will surely be resolved.

In other news, Liverpool are reportedly facing competition in a bid to sign a 22-year-old star. Read more here.