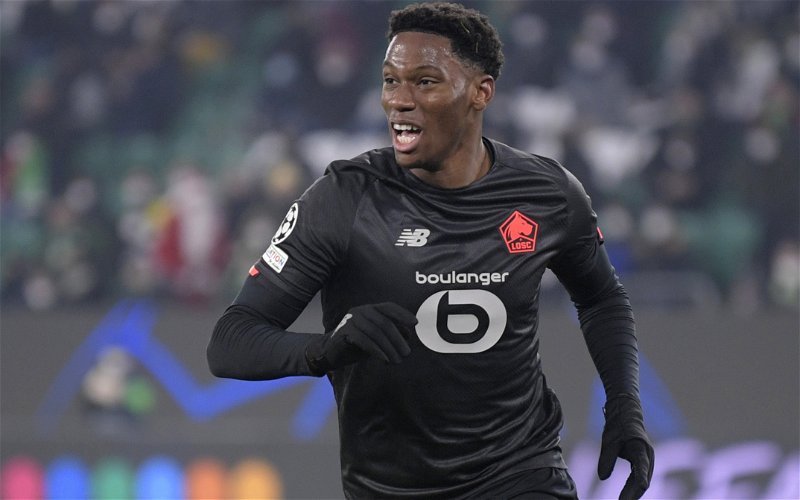 Liverpool are interested in a deal for Lille striker Jonathan David this summer, as a number of stars look set to leave Anfield.

That’s according to James Pearce, who writes in The Athletic that the Canadian forward has been shortlisted by superiors at Liverpool.

He is amongst a number of intriguing names listed such as Jarrod Bowen and Aurelien Tchouameni, however with the seemingly imminent departure of Sadio Mane, and Origi having left following his contract expiry, the attack is an area the Reds will see as a matter of priority.

Several Premier League clubs have been touted for the 22-year-old, with Spurs, Chelsea and Arsenal all tenuously linked. Pearce’s report seems to suggest that while not top of the list, David will certainly be considered this summer by Klopp and his staff.

Imagine him and Diaz

Since making the move to Anfield in January, Luis Diaz has hit the ground running. His incredible pace and trickery make him a constant thorn for defenders, and he would only receive more space if the physicality and additional speed of David was added to the Liverpool front line.

Being able to hold the ball up or run in behind, the £40.5m-rated marksman has shown his proficiency in front of goal this season with 15 league goals.

A 6.9 average SofaScore rating suggests a solid performer, but it is his 18.32 pressures per 90 that will interest Liverpool fans. If his work rate can force mistakes from the opposition, then Diaz and Salah can certainly hurt opposition with extra space on the transition.

His former youth coach, Hanny El-Maghraby stated about his ability to press that “he has the willingness to do it and the intelligence. It all falls together when you have those attributes,” whilst journalist Hein Vanhaezebrouck once dubbed him “a phenomenon” and “the best player in [Belgium].”

Since signing for Lille in 2020 from Belgian outfit Gent, David has shown he has the pedigree to lead a team to titles. He played a huge part in Lille’s success in the 2020/21 season and could do the same with a Liverpool side desperate to regain the Premier League title from Manchester City’s stranglehold.

At Porto this season, Diaz fed off Evanlison to great effect. With a similar build to the Brazilian, David could provide a further spark to allow Diaz to project his already impressive numbers to the kind that could see both players propel Liverpool to actually achieve their unprecedented quadruple.

Having not operated with a proper number nine for the majority of his reign, Klopp could alter his system slightly to accommodate David and further the miraculous emergence of Diaz. However, with a host of clubs interested, Liverpool will want to get this deal signed up sooner rather than later.

In other news, Liverpool have been linked with another highly-rated striker. Find out who here.