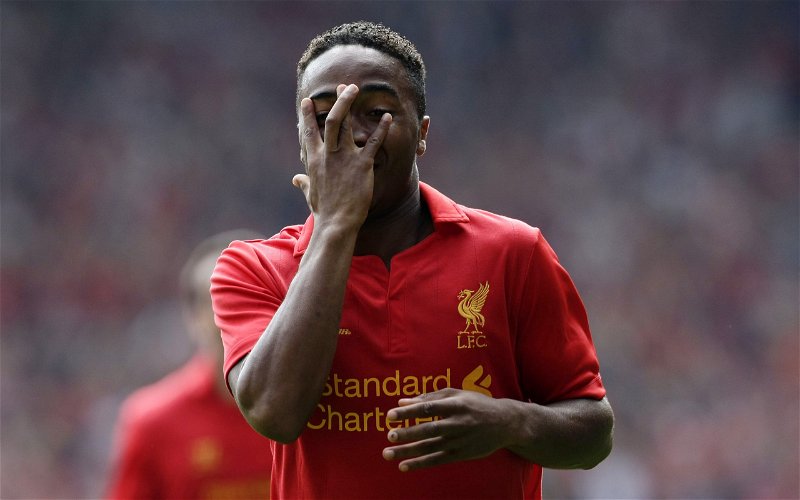 Raheem Sterling began what has been an illustrious career at QPR, before signing for the Reds in 2010.

It was at Anfield where he really gained notoriety, as a raw winger with bags of speed and skill, and a sweet strike. He was touted to go right to the very top, even winning Golden Boy in 2014.

Only in 2020, the 27-year-old claimed that Liverpool would “always be in his heart”, despite receiving scorn across Merseyside for his big-money move down the M6.

It was this move, however, a reported £49m deal, that has seen the Kingston-born forward propel his career into the stratosphere under Pep Guardiola.

With four Premier Leagues, five League Cup’s and an FA Cup, only the Champions League eludes his vast trophy cabinet. Since he left in 2015, he has won 10 major honours. This is six more than the whole club of Liverpool have, with only four.

Not only this, but his goalscoring has hit new heights that only under a transformative manager like Guardiola could he have improved so vastly.

In the 2017/18 season, he averaged a goal contribution a game across his 33 league appearances, following it up with a 28 goal contribution haul the season following, and hitting the 20-goal mark in 2019/20. This is all mostly coming in off the left wing.

Liverpool have obviously not been short of world-class wingers since he left, but with only one Premier League title to show for it compared to Sterling’s five, perhaps they could’ve done with this lethal good luck charm sticking around.

In fact, the man who was signed with the aim of replacing him, who too is now heading for an Anfield exit, has not outperformed the English international all that much despite the widespread praise he receives.

In the league, Sadio Mane has 168 goal contributions in his 269 games for the Reds, compared to Sterling’s 226 in 339. That’s not even counting the latter’s fine performances in Europe, where he has scored 20 and assisted a further 24 in just 67 appearances.

Chris Sutton, writing for the Daily Mail, labelled the winger “world-class” back in 2019, suggesting that Real Madrid should have opted for him over Eden Hazard. In hindsight, he was almost certainly right.

He has also drawn high praise from his manager, who is in awe of how he has performed over their time in Sky Blue together: “What he has done in our time together with the numbers and stats is amazing.”

Liverpool have not struggled without Sterling, but perhaps if Brendan Rodgers had pushed harder he could’ve encouraged his starlet to stick around, and Jurgen Klopp would have benefitted exponentially from it.

He could’ve been the key to bringing more Premier League titles back to Anfield, as he seems to be in Manchester.

In other news, Liverpool must go all-in for “scary” £72m-rated gem, he could be the next Gerrard.