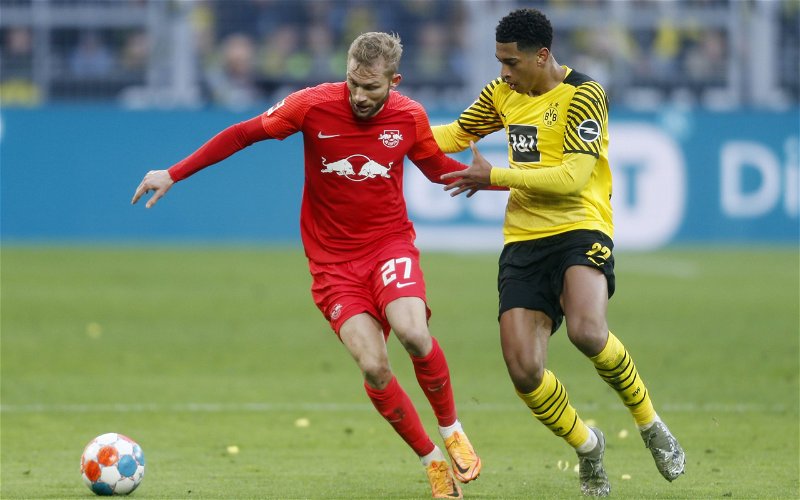 That is according to a report from Fabrizio Romano, via Wettfreunde.net, who claims that Laimer is “one of the players that Liverpool deals with.”

“Konrad Laimer is one of the players Liverpool deals with, but he is not the only one, there are many options. It is possible that he will go to Liverpool, but it is always difficult to negotiate with the German clubs at the end of the transfer window. Leipzig has often said that they want to keep Konrad Laimer.

“Konrad Laimer had a contract with Bayern Munich, and he has the same agent as Sadio Mane, so the relationship with Bavaria is great. The problem is that Leipzig does not want to sell an important player at the end of the transfer window. So that will be the same problem for Liverpool.

“My personal opinion is that Konrad Laimer would be perfect for Liverpool. They need this kind of player with a lot of energy.”

Romano’s claim of Laimer being the perfect fit for Liverpool, especially at this stage of the window, rings true.

His ability as a defensive minded central midfielder represents an option that Klopp does not have in such an orthodox form, and at 25-year-old, the Austrian international possesses unspent potential – despite accumulating a wealth of experience in the Red Bull set-up with Salzburg and Leipzig.

Although very competent on the ball, Laimer’s main strengths are apparent during the out of possession phase, where he looks to win back possession in true Red Bull fashion, having been schooled in the arts of pressing for the majority of his career.

Laimer’s match average of 33.60 pressures and average of 3.09 tackles per 90 gives Klopp an option that he currently does not have in his midfield arsenal. The 25-year-old would bring stability to the midfield – something that has been lacking this season and has piled pressure on the backline, as can be seen through Liverpool’s average of 1.3 goals conceded per match this early in the season.

With Laimer in the final 12 months of his contract, Klopp could prise the Austrian from the clutches of Leipzig in a cut-price deal that would play into the narrative of a Klopp masterclass.