Liverpool may move for Sander Berge 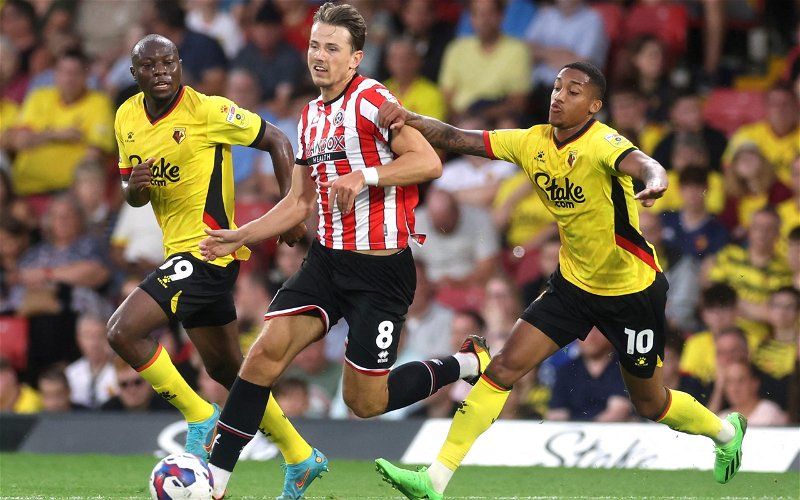 Liverpool boss Jurgen Klopp may put an end to his midfield crisis by dipping into the Championship for Sheffield United’s star man, Sander Berge.

That is according to transfer insider Dean Jones, via GIVEMESPORT, who claims that the Champions League-winning boss could bolster his squad with an asset that “holds good value” rather than signing a “trendy name” like Leicester City’s Youri Tielemans, who is now in the final 12 months of his contract with the Foxes.

“That makes me wonder about someone like Sander Berge. He is a player that Liverpool have definitely looked at closely in the past.

“He has had problems with injury, which is obviously a bit off-putting but, if he is available at a decent fee, I could see Liverpool suddenly doing a deal like that.

“They would say ‘this guy’s been a long-term target of ours and we feel he fits in with our style of play’, rather than going for somebody like Tielemans, who is just a trendy name at the moment.”

As per the report, Berge is said to have a £35million release clause written into his contract, and having arrived from Genk for £22million two-and-a-half years ago, considering the development that has taken place during that time, as well as the consideration of his contract expiry date which is in 2024 – the sum is somewhat of a bargain in today’s market.

Since suffering relegation with Sheffield United, the name Berge will have been forgotten by many Premier League fans, as the 24-year-old opted to stay and help Sheffield United in their efforts to fight their way out of England’s second-tier.

It’s a move that was certainly in his best interest and has progressed him as a midfielder, with the 24-year-old featuring heavily as an attacking midfielder in the season just gone. That move saw him notch ten attacking returns in the Championship, in the form of six goals and four assists in 33 games for the Blades.

This season he is operating primarily as a central midfielder and has registered an impressive two goals and two assists in seven matches for the Blades already this season.

“Future leader” Berge, as dubbed by Arsenal assistant Albert Stuivenberg, possesses quality throughout both phases of the game, and his style is one that Klopp does not have at his disposal in this current Liverpool set-up.

Jones is correct in this feeling like a ‘Liverpool signing’ and it is most certainly one to keep an eye on as we venture ever closer to deadline day.