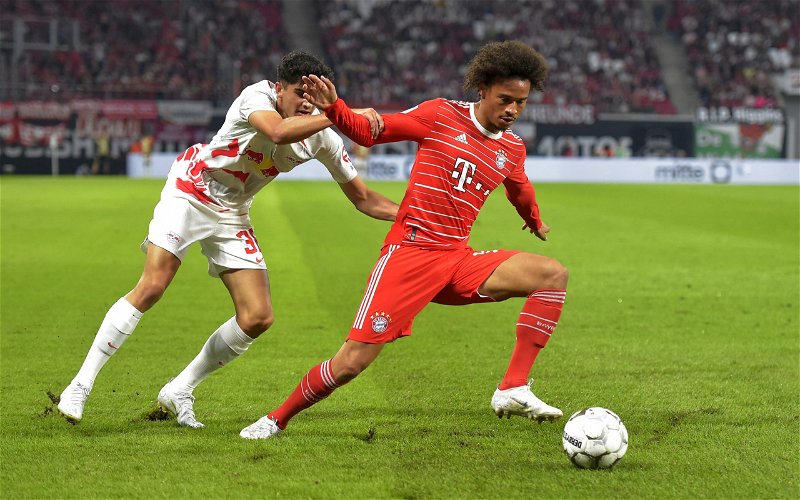 Liverpool have been advised to table a bid for ex-Manchester City star Leroy Sane.

The club have been advised by ex-Arsenal and Everton striker-turned pundit, Kevin Campbell.

“We all know that is all about the squad these days. There is going to be injuries, loss of form and back-to-back league and Champions League games. You need to be able to flip your squad so everybody is fresh.

“If it was Diaz one game and Sane the next… I’m sure Liverpool fans would be happy with that. Many teams would love that strength in depth, let’s be honest.

“I think it would be a smart move to go for Sane.

“When you look at the way City are, their bench is phenomenal. It is incredible the strength in depth they have. You need to match that to compete with them. It is frightening. With five subs it can make a huge difference.”

Considering the rivalry between Liverpool and Manchester City over the last few years, the signing of Sane would create a great deal of anarchy among both fanbases in what would be a polarising transfer.

Back when James Milner joined from City in 2015, it was a move that came with scarce reaction from a rivalry standpoint.

Although Sane would be joining from Bayern, with the rivalry that currently coincides between Liverpool and Man City, it would be a real statement from Klopp and co to pull off ‘the unthinkable.’

He’d be a great fit too.

Since joining Bayern, the German international has slightly regressed in terms of his direct goalscoring capability, though this might be as a result of Bayern’s “big presence up top” approach.

That said, Sane is still extremely dangerous in possession, as can be evidenced by his average of 4.52 shot-creating actions per 90, along with the 14 attacking Bundesliga returns in the form of seven goals and seven assists last season. It is no wonder he’s been dubbed a “sensation” by OptaJoe.

£280k-per-week Sane is a complete and utter Klopp signing.

He’s exactly the kind of player that the Liverpool boss can develop into one of the world’s best, and with his ability to operate as an inverted right winger, he may just be a long-term Salah replacement.