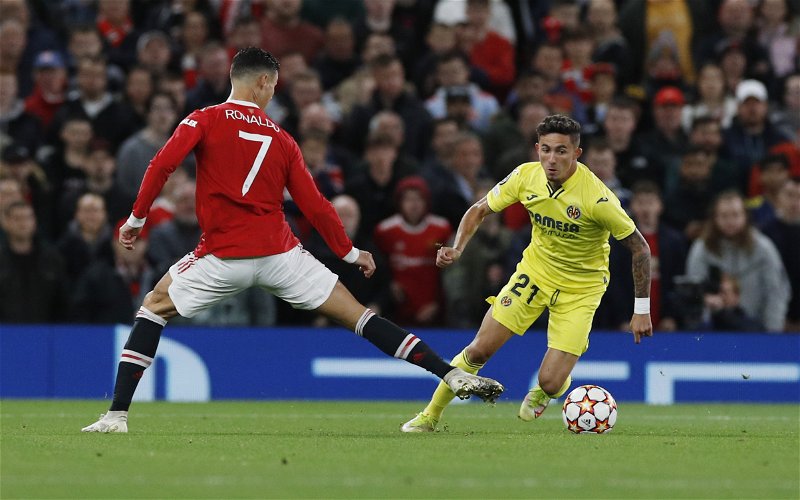 That is according to super-journalist Fabrizio Romano who claims that the Reds have joined the likes of Arsenal and Chelsea in monitoring the player for some time.

Speaking on his Here We Go podcast, Romano issued an update on the situation:

“Many questions on Yeremy Pino. We have many rumors, he’s one of many players followed by Arsenal, but also by other clubs, for example, I am told that Chelsea have been tracking Pino and now they are on Gordon. Pino is a player they have been watching for a long time.

“Liverpool have sent scouts to watch Pino many, many times in the past year. Top English clubs have been following him.“

Klopp will love him

Having sent scouts to watch £49k-per-week Pino on multiple occasions, Liverpool clearly recognise the talent the lies within the 4-cap Spain international.

And it is no wonder. Pino, who has been dubbed a “superstar” by Spanish outlet El Periódico Mediterráneo, is an asset that Jurgen Klopp would love and possesses a hardworking and unorthodox approach, considering his more advanced position on the pitch.

For Villarreal, he is a complete system player and is willing to do the dirty work in order to allow the team to thrive, as can be evidenced by his defensive metrics.

Pino’s average of 2.96 tackles & interceptions are complimented by his average of 2.62 blocks per game, along with his total of 0.86 tackles in the defensive third of the pitch per 90.

As a defensive-minded winger, his defensive capabilities make him a unique option that Klopp is currently missing from his ranks.

Though, his ability off the ball is not indicative of a lack of attacking threat.

In what was his second full season in La Liga, Pino notched ten goal contributions in the form of six goals and four assists last season.

It’s an impressive return considering his age and position in what is a rigid Villarreal side.

With other English sides interested in his signature, Liverpool will need to keep a close eye on the starlet who would no doubt shine in Klopp’s heavy metal pressing system.