Liverpool set to miss out on Matheus Nunes 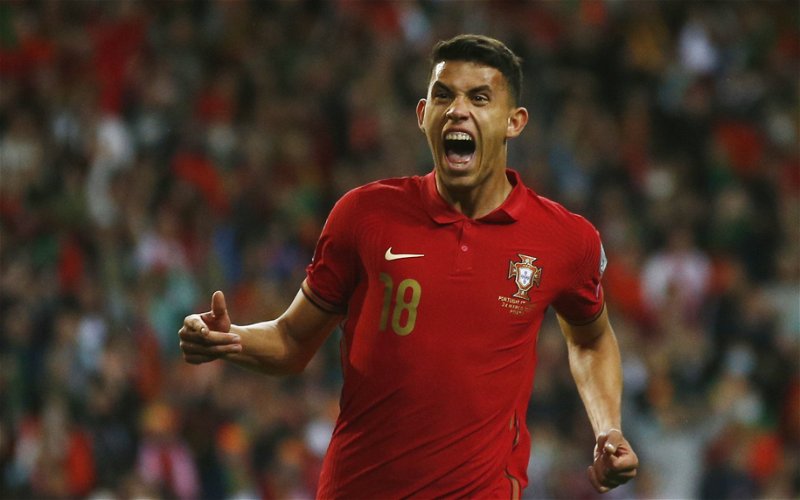 Liverpool are set to miss out on the signing of Sporting CP’s Matheus Nunes.

That is according to the latest reports surrounding the Portuguese international, with Fabrizio Romano’s update suggesting that Wolves have managed to prise Nunes from the clutches of Sporting boss Ruben Amorim.

Taking to his personal Twitter page to relay the update, Romano said:

“Wolves have completed Matheus Nunes deal, contracts are now signed with Sporting for €45m plus €5m add-ons, club record fee. Medical will be completed in the next hours, as expected – Matheus will sign today.

Amidst the latest news of Wolves’ capture, Liverpool fans will no doubt feel gutted that a deal for the 23-year-old could not be struck.

Nunes has impressed during the last two seasons at Sporting with his Champions League performances against Manchester City seeing him earn utmost praise from none other than Pep Guardiola himself, with the Spaniard describing him as “one of the best players in the world.”

Nunes completes an average of 29.41 passes per 90, which places him in the 15th percentile amongst positionally similar players. This is a very low ranking, but 10.45 of these passes are under pressure, which is an entirely contrasting and elite metric that places the Portuguese midfielder in the 87th percentile.

Despite averaging just 50.49 touches per game, Nunes completes 3.19 dribbles with a progressive carrying distance of 141.73 yards – another elite total.

Ultimately, he does not see much of the ball, but does a lot with it when in possession. Having chipped in with nine goal contributions in 50 appearances in the form of four goals and five assists from midfield last season, he is a statistical anomaly and already has a goal and an assist to his name in the first two games of the new Liga Portugal season.

You can’t help but think that a player like Nunes, who goes under the radar from a statistical perspective, would have shone under Jurgen Klopp in a team that utterly dominates possession on a regular basis.

Though, it is not meant to be in this case and ultimately, Liverpool have missed out on a potential world-class long-term replacement for Thiago in what is a summer disaster in itself. Especially when you consider his reasonable €45m (£38m) price tag.