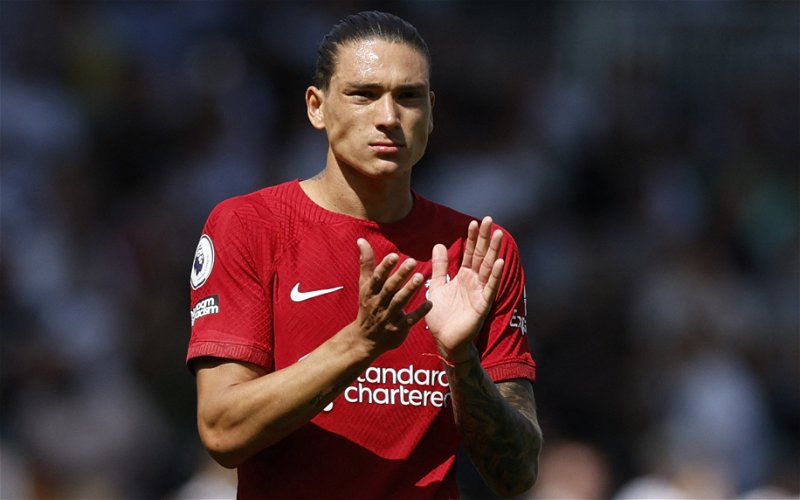 Liverpool host Crystal Palace tonight at Anfield in what is their second league game of the new season.

The Reds will be eager to secure their first win of the new campaign, after just about scraping a draw with Premier League returnees Fulham.

It goes without saying that a win here is a must, but certainly not a guarantee, with the 2-2 draw in the last game epitomising the unpredictability that comes with the Premier League’s level of competition.

As per the Evening Standard, Jurgen Klopp has a lot to think about in terms of how he will look to set his team up against the Eagles.

The likes of Joel Matip and Ibrahim Konate will have made his decision much easier at the back, with the latter currently sidelined and the former emerging as a late doubt.

In midfield, Naby Keita will be welcomed back after overcoming illness which ruled him out of the game against Fulham, and amidst Thiago Alcantara’s hamstring injury sustained in the aforementioned game, his return has come at the right time for Klopp.

Whilst Thiago is set to miss between four and six weeks, the likes of Alex Oxlade-Chamberlain and Curtis Jones are also still out of action.

We at Live4Liverpool are expecting Jurgen Klopp to deploy his usual 4-3-3 system in a line-up that features three changes from last time out against Fulham.

The usual suspects, other than Gomez who is expected to come in for the absentees; Konate and Matip.

The duo of Henderson and Fabinho is expected here, with Keita benefitting from Thiago’s misfortune.

Mohammed Salah and Luis Diaz are almost a guarantee tonight, with Klopp requiring utmost technical ability in order to stretch the pitch. Perhaps the question mark tonight will be whether Darwin Nunez has done enough to start. In our opinion, the £140k-per-week “machine” has put in some performances that have earned him the right to function as part of the unstoppable trio ahead of Roberto Firmino, who does not offer the same space creation that Nunez offers with his physical presence.

Liverpool will be eager to secure their first win of the season tonight, and with the proposed predicted line-up, there is no reason as to why they cannot achieve this ambition.