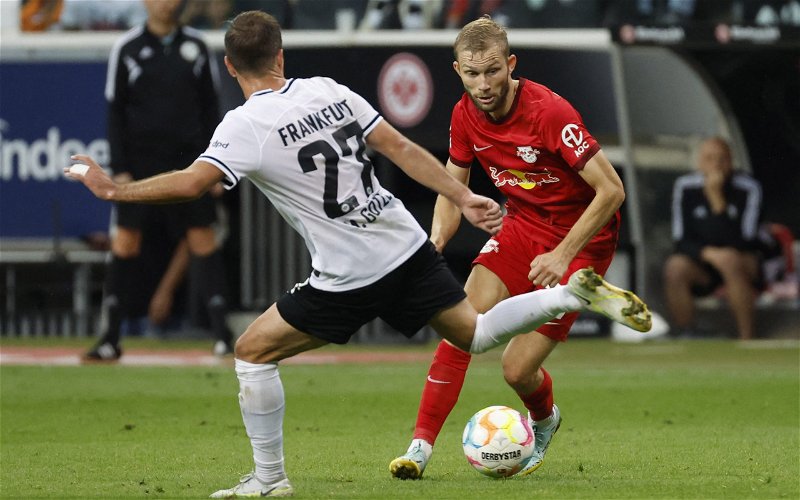 Liverpool were really interested in signing RB Leipzig star Konrad Laimer in the summer transfer window, but left the deal too late, with the Bundesliga side opposed to negotiating so close to the window slamming shut.

That is according to transfer guru Fabrizio Romano, who has expressed Liverpool’s desire to sign the Austrian midfielder, whose contract expires next June.

According to Romano, Liverpool left it too late to move for Laimer, with Leipzig described as “impossible to negotiate with” in the last week of August.

It could well be a decision that Jurgen Klopp and co come to rue, with the likes of Julian Nagelsmann’s Bavarian giants Bayern Munich interested in signing the pressingly perfect player due to their manager being “a big fan.”

Taking to his personal Twitter page to issue a fresh update on Laimer, Romano said: “Liverpool were really interested in Konrad Laimer as new midfielder but it was impossible to negotiate with Leipzig on last week of August.

“Laimer’s contract expires next June and there are many clubs interested — especially Bayern, as Nagelsmann is big fan.”

It is no wonder that Liverpool made an attempt to negotiate a deal for Laimer in the final week of the window just gone, as he represents an option that Klopp does not have in such an orthodox form.

Whilst he is astute with the ball at his feet, Laimer’s main strengths are apparent during the out-of-possession phase, where he looks to win back possession in true Red Bull fashion, having been schooled in the arts of pressing for the majority of his career.

It is no surprise that the Austrian finds himself in and around the 99th percentile for his pressing efforts, having garnered a mesmerising average of 33.01 pressures per 90 which places him in the top 1% amongst positionally similar players in Europe’s top five leagues over the last 365 days.

His identity as a pressing machine is enough to understand he is of the right profile for Klopp’s Liverpool system, and with that, he would bring much-needed stability to the midfield – something that has been lacking this season and has piled pressure on the backline, as can be seen through Liverpool’s average of 1.0 goal conceded per match this early in the season.