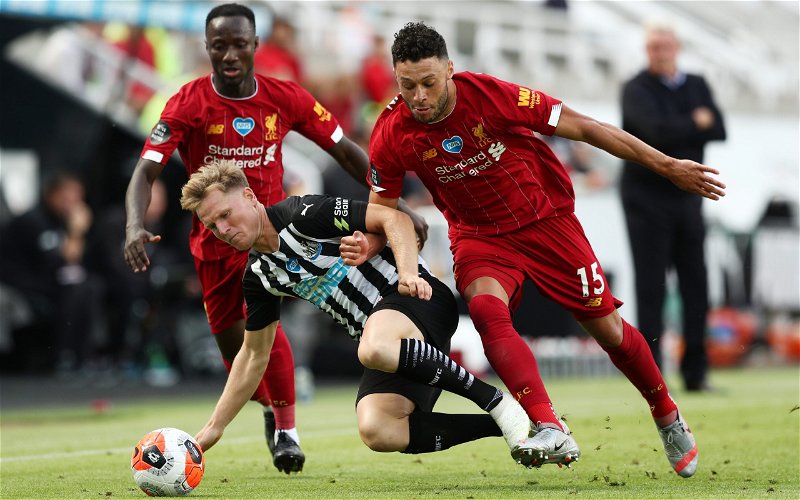 That is according to a report by The Mirror, who are reporting that the German boss has been forced into making the difficult decision.

Liverpool commence their Champions League bid in Naples to play their first game of the group stage against fellow group favourites; Napoli, in a competition that features Eredivisie giants Ajax and Scottish Premiership giants Rangers, respectively.

With neither Keita or Oxlade-Chamberlain expected to be fit for at least half of Liverpool’s six games over the next eight weeks, Klopp has taken the decision to prioritise the duo’s recovery by not including either man.

The former is out for an unknown period with a muscle injury, amidst on-going confusion surrounding his Anfield career due to the Guinean international finding himself in the final year of his contract.

Whilst the latter is currently sidelined with a thigh injury and is anticipated to be out for an extended period. He too is in the final year of his contract.

Supporters will be gutted

With the axing of first-team duo, Keita and Oxlade-Chamberlain from Liverpool’s Champions League squad, supporters will be gutted at the narrative that is playing out.

This could well be the beginning of the end for the £255k-per-week pair who have made just 23 starts between them over the last Premier League season.

With both enduring regular set-backs on a consistent basis now, they cannot be relied on and consequently, will find themselves down the pecking order upon their return.

With both players in the final 12 months of their respective contracts, a move to pastures new may well be their best option, with the omission from Klopp’s latest Champions League squad serving as a big blow that may just be the start of what is to come for the pair.

It is clear that both assets possess the ability to play for the club on a consistent basis, with their quality quite clearly not doubted. But it’s their reliability and consequential impact on the squad that deems them replaceable assets.

The latest action by Klopp suggests that Liverpool will look to cut their losses with the pair at the end of the season, though it remains to be seen what kind of role they will individually play upon their recovery and reintegration to the squad.