Insider fears for Liverpool, with Van Dijk and Salah “totally off form” 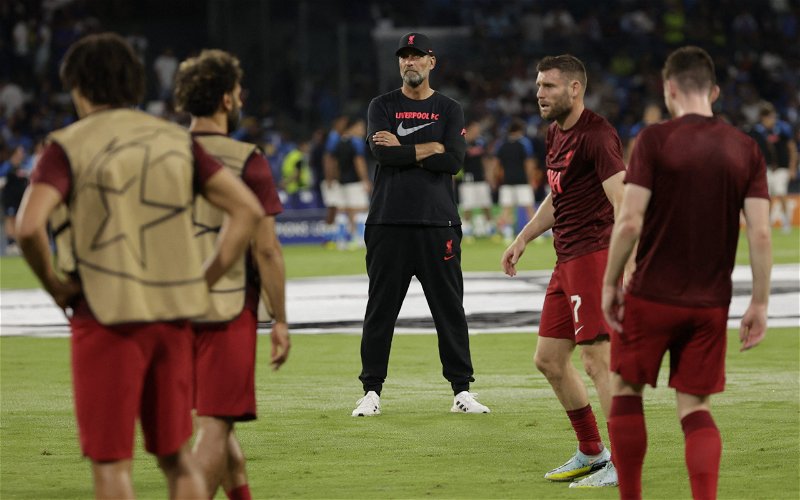 Liverpool’s big name duo Mohamed Salah and Virgil van Dijk have failed to step up for the club this season and have not been the same in a time where Jurgen Klopp needs them most.

That is according to transfer insider Dean Jones who has expressed his fears for the Reds, via GIVEMESPORT, if the pair fail to step up.

Speaking to GIVEMESPORT, Jones said: “I’m convinced they miss Mane way more than the club would probably want to admit.

“Van Dijk is not the same and Salah is not the same, and you just wonder how do you recover from a moment like this If your two big stars are not stepping up? Even worse than that, they’re totally off form.”

A huge, but truthful claim

Whilst Liverpool’s side is embedded with much greater tactical complexity than the sole reliance of a £640k-per-week talismanic duo, Jones is correct in placing his concerns in the pair.

This is because of their big star status, and individual power in their respective roles.

In both cases, it is apparent when either player is underperforming, due to their pivotal roles in both phases of the game.

In Salah’s case, it is apparent when his impact in nullified, due to a reduction in his and Liverpool’s attacking output.

The Egyptian has managed just two goals and two assists in the six games he has played in the Premier League so far, which is of course a solid return on the whole, but a poor showing from a player who had five goals and two assists at this point last season, all with a much more significant threat and xG value.

In Van Dijk’s case, the centre-back is nowhere near as comfortable in the backline and has seemed vulnerable in the partnership with Joe Gomez, which is of course highlighted by Liverpool’s lack of stability in defence.

But one of the biggest factors for Liverpool’s lack of threat up-top, and lack of stability at the back is the midfield – the area where the Reds have suffered a significant amount of injuries to.

A lack of rotation and defensive acumen in the engine room has seen Liverpool concede six goals in six Premier League games, with Klopp’s side reliant on the balance of the midfield to break down an immediate threat, so that they can comfortably play a high-line at the back.

It’s also worth noting that Salah has adopted a new sense of positioning, which sees him hugging the touchline and not tracking back into his own half; which was a key element last season, as Salah would drop into a deeper more inverted role to initiate sustained attacking build-ups.

Liverpool’s lack of midfield threat can be seen through the lack of clear-cut chances they have created this season.

The Reds rank fifth in the big chances created table, having conjured up 11 so far this season – a whopping 12 big chances behind Manchester City, who find themselves top for this metric.

Quite simply, the midfield has disrupted Liverpool more than most would think, and has led to a lack of confidence in the team as a whole.

Liverpool will no doubt find themselves once the engine room is stocked up again.