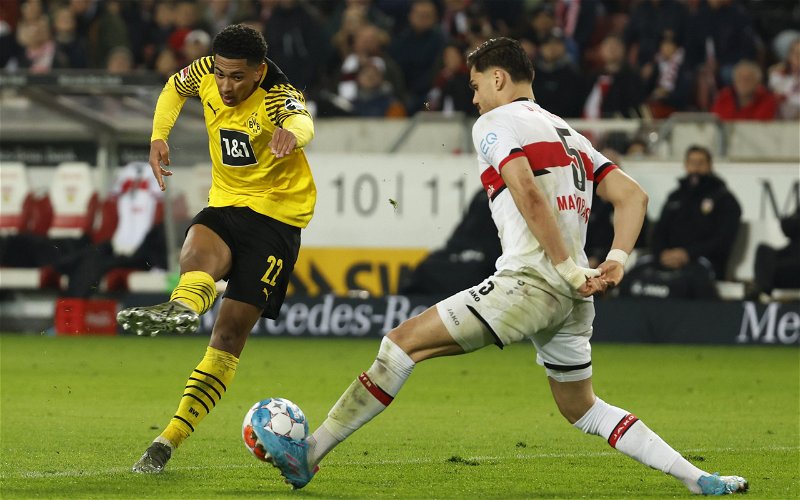 Borussia Dortmund’s teenage star Jude Bellingham has attracted transfer interest from a number of clubs during his time in the Bundesliga, with a crazy, crazy race” for his signature expected next summer.

That is according to the ever-reliable Fabrizio Romano, who issued the latest update surrounding Bellingham via his YouTube channel.

Speaking in one of his latest videos, Romano said: “For both Real Madrid and Liverpool, it was impossible to sign Bellingham this summer because, [at the] end of May, the directors at Borussia Dortmund were very clear with Liverpool and other clubs who approached for Bellingham.

“[They said:] ‘No way, there is going to be no negotiation.

“They will try to dream about keeping Bellingham in summer of 2023, but they know it’s not going to be easy because next summer for Bellingham, there is going to be a crazy, crazy race.

“My sources told me, ‘Get ready,’ because we had the Haaland race, with Bayern, Barcelona, Real Madrid, Man City, many clubs involved, but this Bellingham race will be the same – many top clubs ready to do something crazy for Jude Bellingham. Many different sources told me this; to get ready for a new Haaland race.”

Focusing on Liverpool, Romano went on to say:

“Liverpool signed Arthur Melo on loan, but they need a new top midfielder next summer and Bellingham can be the player, so Liverpool will try for sure.

Romano’s admission surrounding the future of €100m-rated (£87m) Bellingham does indeed make for a somewhat “crazy” narrative to follow during next summer’s transfer window.

The 19-year-old is one of the most sought-after prospects in the world football landscape, with many of Europe’s top outfits monitoring the “staggering” gem, as dubbed by Ally McCoist on talkSPORT, after Bellingham became just the sixth player to score in three different Champions League campaigns as a teenager.

Since securing his move to Dortmund in 2020, the England international’s game has matured massively, with his ability as a ball progressor perhaps one of his greatest strengths in this early stage of his career, as evidenced by his average of 3.2 successful dribbles per 90.

His competency as a creator is prominent too, with six chances and two big chances created per game an indicator of his creative value to Dortmund, despite his native positioning as a pivot in a 4-2-3-1 system.

The future looks bright for Bellingham, and the race to sign the star is heating up like nothing we have seen before.