Liverpool see Bellingham as “one of the very best” 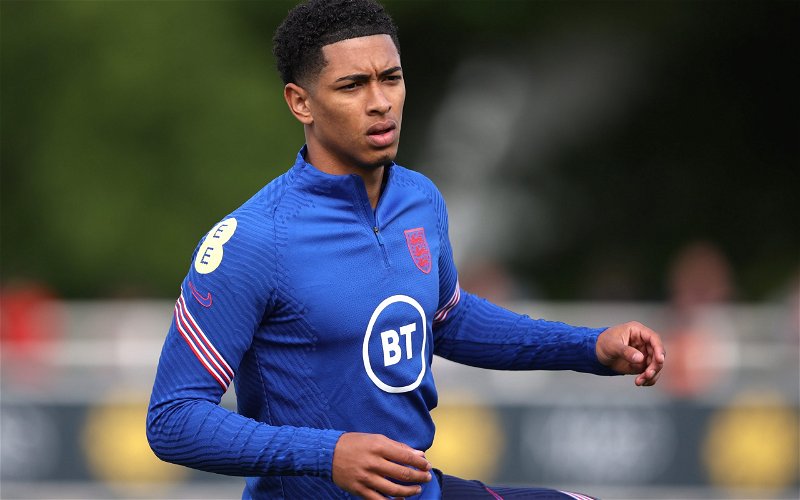 Liverpool see Borussia Dortmund’s Jude Bellingham as “one of the very best midfielders in world football” and have “built such a strong case” for signing the England international.

That is according to transfer insider Dean Jones, via GIVEMESPORT, who has claimed that Liverpool have “got to aim high” in the transfer market.

Jones states that he would be shocked to see the Reds move for Brighton’s Moises Caicedo over Bellingham, who the club have notably tracked “since his Birmingham days.”

Speaking to GIVEMESPORT, the Insider said: “The thing with Liverpool is they’ve got to aim high in the transfer market and in Bellingham, they see one of the very best young midfielders in world football.

“They’ve built such a strong case for signing him already. They’ve tracked him since his Birmingham days, it would be a surprise for me to see them sign Caicedo instead of him.”

“One of the very best”

Already, at the tender age of 19, Bellingham is emerging as a somewhat talismanic figure for Borussia Dortmund and has taken his third, and much anticipated final, season in the Bundesliga by storm – this despite the fact that he is yet to get off the mark in regards to attacking returns.

Quite simply, Bellingham has asserted himself in both phases of the game, and is indeed banging on the opposition’s door in order to open his Bundesliga goalscoring account this season, topping his squad for his average of 2.2 shots per 90 and his 1.4 xG.

But it’s his ability as a ball progressor that has seen his stock rise once more, with his average of 3.2 successful dribbles per 90 evidence of this, and his 6.0 chances created, with 2.0 big chances created an indicator of his creative value to the side.

In terms of end product, the signs are there for the 19-year-old, who will be looking to get add to his account and build on from last season, in what was a campaign that saw him hit 11 attacking returns in the form of three goals and eight assists across 32 Bundesliga appearances, despite operating as a pivot in a 4-2-3-1 system.

The future is clearly bright for Bellingham, and with Liverpool’s calculated approach in the transfer market, you would expect the Reds to pull this deal off next summer, for what is “one of the very best.”