Romano: Keita and Oxlade-Chamberlain will “evaluate their future” 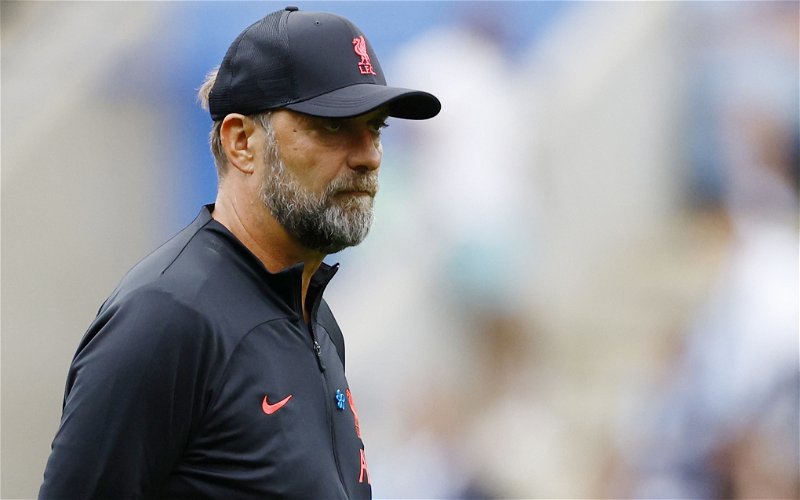 Liverpool’s midfield duo Naby Keita and Alex Oxlade-Chamberlain will “evaluate their future” after being omitted from the Reds’ Champions League squad.

That is according to none other than elite transfer guru Fabrizio Romano who claims, via his exclusive substack column for CaughtOffside, that the pair are to consider their futures at Anfield after enduring further set-back in their Liverpool careers.

Writing in his column, Romano said:

“I believe that next summer both players will evaluate their future. Keita has already had opportunities in the summer, but Liverpool wanted to keep him because Klopp considers him an important player in the rotations.”

With both midfielders currently sidelined, you can understand Klopp’s reasoning behind the decision to leave the pair out of their Champions League group stage squad.

With the World Cup just around the corner and set to take place in December, the group stages of the Champions League will be finished on November 2nd.

With concerns over the length of the duo’s respective injury issues, it would be too risky for Klopp to gamble and include them in his squad when they may still be a fair way from full recovery.

But whilst Klopp’s reasoning is logical, the German boss may face disaster in having to replace them when the time is right.

Both players are important in rotation, so replacing them will not be a straight forward affair.

But as alluded to by Romano, this could well be the beginning of the end for the pair who have made just 23 starts between them over the last Premier League season, so he may have no choice come the end of the season.

With both players in the final 12 months of their respective contracts, a move to pastures new will be tempting when bearing in mind this latest Liverpool snub.