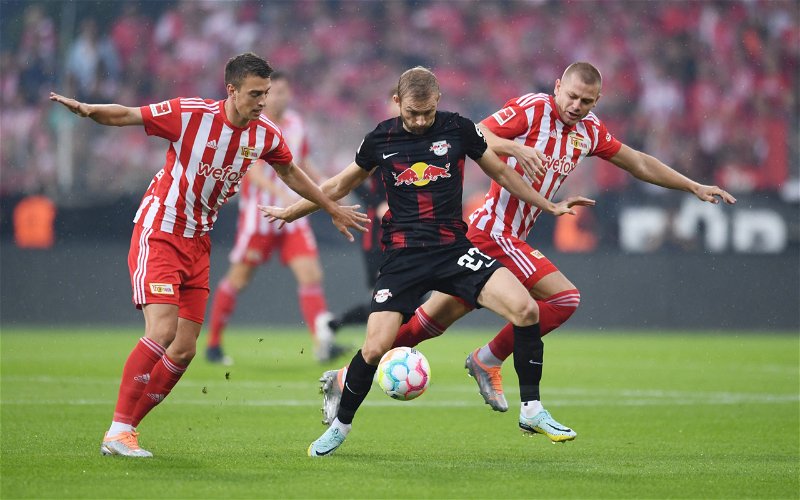 Liverpool considered making a late move for RB Leipzig midfielder Konrad Laimer but encountered a problem in negotiations with the Red Bull side.

That is according to the ever-reliable transfer guru Fabrizio Romano who claims, via GIVEMESPORT, that the Reds held an interest in Laimer during the closing stages of the summer transfer window.

The Italian infers that Jurgen Klopp was unable to prise the Austrian midfielder from the clutches of Leipzig, due to their lack of willingness to negotiate so close to the deadline.

“He was one of the players they considered, but the real problem is RB Leipzig.

“We know how German clubs are and it is really difficult to negotiate with German clubs in the final days of the window.

“They wanted to keep their squad together and didn’t want to change key players of the squad in the final hours.”

Despite the loan signing of Arthur Melo, which is astute in it’s own right, Klopp and co will be gutted to have missed out on a signing who could have left a mark on the club long-term and could have arrived for a snip of a fee, given that he is in the final 12 months of his contract at the Bundesliga side.

£49k-per-week Laimer is quite simply an asset with “extra sauce”, as dubbed by the admins at Bundesliga English for his ability to finish.

Though, despite his ability to garner end product, it’s the 25-year-old’s competency as a defensive-minded central midfielder that would have left the biggest impact on Klopp’s side.

Having come through the Red Bull ranks, Laimer’s main strengths are apparent during the out-of-possession phase, where he looks to win back possession in true Red Bull fashion, having been schooled in the arts of pressing for the majority of his career.

It is no surprise that the Austrian finds himself in and around the 99th percentile for his pressing efforts, having garnered a mesmerising average of 33.03 pressures per 90 which places him in the top 1% amongst positionally similar players in Europe’s top five leagues over the last 365 days.

The Austrian acts as the benchmark for his pressing and has genuinely asserted himself as one of the best midfielders in the world for his ability to regain possession.

The Reds would have been hoping for a deadline day miracle in their efforts to acquire the Austrian international, but the Anfield side were quite simply too late for Leipzig’s liking.