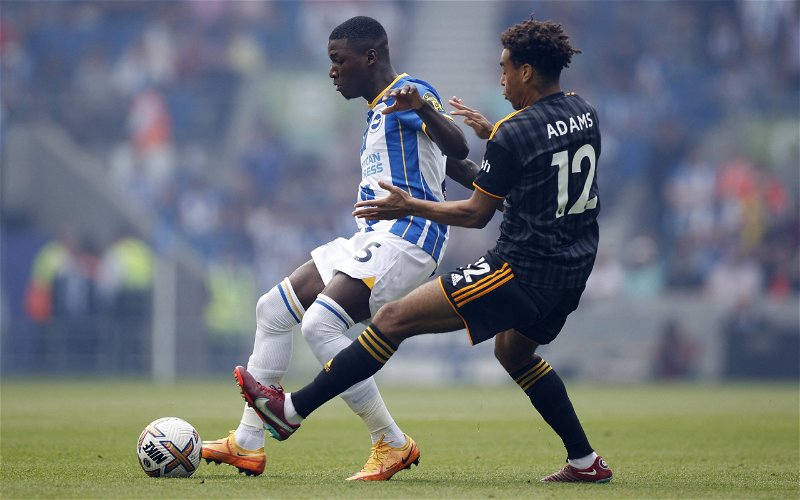 Liverpool have been handed a potential January transfer boost by Brighton and Hove Albion, who are said to have given the Reds a transfer promise for their prize midfielder Moises Caicedo.

That is according to The Express, who relayed a report from Ecuadorian outlet Tera Deportes.

The report states that Liverpool made a late proposal in the final hours of the window after becoming desperate to sign the midfielder.

And whilst in-form Premier League side Brighton are said to have told all interested parties to hold their bids until after the fast approaching Qatar World Cup, it is Liverpool who have reportedly been told that their interest in the Ecuadorian will be prioritised.

The latest update surrounding Liverpool’s interest in Caicedo will bring about as much delight to FSG as possible, considering the caveat that they will need to part with a substantial amount of money in order to secure the 20-year-old’s services.

But, for a player of Caicedo’s esteem, the mooted fee of around £50million is one that could genuinely turn out to be a bargain for a player who seems to possess unlimited potential.

The Ecuadorian is already operating at a level above the usual trajectory, asserting himself as a first-team regular for a resurgent Brighton side at the tender age of 20.

Caicedo’s ingenuity as a ball-winner cannot be understated, with his average of 2.65 tackles and 10.77 ball recoveries per 90 underlining his defensive mindset.

And his attacking prowess is developing nicely too, having grabbed his first goal of the season in the emphatic 5-2 win over Leicester City that saw him shine as one of Graham Potter’s midfield three in his 3-5-1-1 system.

Given Jurgen Klopp’s track record in developing talent, £180k-per-year Caicedo, who already achieves “crack figures” at Brighton – as pointed out by El Comercio – could quickly erupt as one of the most elite central midfielders in the world if he was to join the FSG-run project.