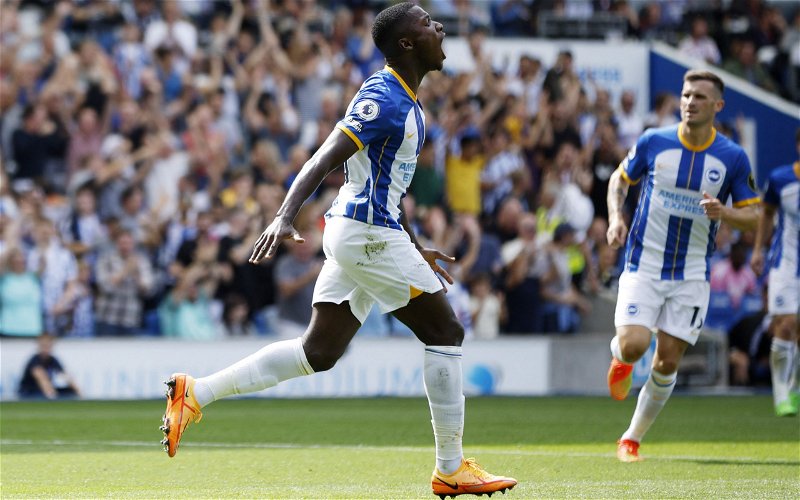 Liverpool are among the likes of Manchester United, Chelsea and Arsenal in receiving a major setback over the potential signing of Brighton starlet, Moises Caicedo.

That is according to a report from The Mirror, who claim that Brighton are ready to sit down and discuss a new deal after several clubs registered their interest in signing the 20-year-old in the summer transfer window.

As per the same report, it is said that the 23-cap Ecuadorian international will see his efforts rewarded with a wage that brings him in line with other fellow first-team regulars.

Klopp will be gutted

The latest reports surrounding the much sought-after Caicedo will come as a blow to Jurgen Klopp, who will not want his side to miss out on signing a star who “will turn into a world class player”, in what was a statement from his national team manager Gustavo Alfaro, in a game that saw Caicedo mark Lionel Messi on his debut for his Country.

In what is demonstrative of a lack of depth and quality in the Liverpool engine room at this moment in time, the side will surely be looking to bring in high quality options with bags of potential, and Caicedo is an asset who fits those parameters perfectly.

But, if the Ecuadorian midfielder is to sign improved terms at The Amex Stadium, then Klopp’s hopes of prising the midfielder away in the winter transfer window will either fall short, or elevate the player’s price tag to an almost untenable sum.

Though, if the latter is to occur, it will be a reflection of the 20-year-old’s average of 10.77 ball recoveries, 8.57 passes under pressure, and 4.25 tackles + interceptions per 90, with these metrics illustrative of a star in the making.

Caicedo was developing both parts of his game under former boss Graham Potter to great effect. So whether he can keep this up under the tutelage of a different boss remains to be seen.

But, from a Liverpool perspective, this is certainly one to keep an eye on, in a time that sees the club vulnerable amidst this latest setback in securing the starlet short-term.