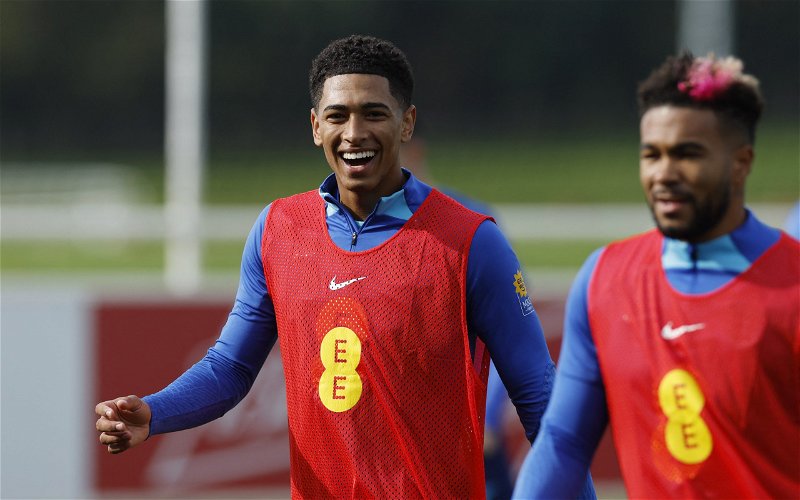 Liverpool find themselves as the current favourites in the race to sign Borussia Dortmund wonderkid, Jude Bellingham.

That is according to Sky Sports reporter Dharmesh Sheth, who has informed GIVEMESPORT that the Reds likely brought in Arthur Melo, on loan from Juventus, as a stopgap before they inevitably sanction a move for the teenage sensation.

And, the reporter understands that Liverpool remain the favourites to land the England international.

Speaking to GIVEMESPORT, Sheth said: “It seems that they are the favourites to sign Jude Bellingham and, in the end, they went and signed Arthur Melo.

“Now, that might suggest that Jude Bellingham is the long-term target for Liverpool and they probably accepted, given how late it was in the window and Borussia Dortmund’s reticence to sell two of their big players in the same transfer window, that it was going to be impossible to get him in this transfer window.

“Maybe they thought: ‘let’s not spend big money on a midfielder, let’s just keep our powder dry at the moment, but bring in another player who can bring strength and experience to the squad’.”

As of right now, Arthur has in no way, shape or form had the desired effect at Liverpool.

But, he is working on it, currently sacrificing his international break in order to build up his fitness with the Liverpool Under-21’s, with U21’s boss Barry Lewtas saying: “He wants to get fit, he doesn’t need a week off. It’s been off his own back, which shows his level of professionalism. He’s been great with the young lads. I don’t think he knew where we were coming tonight but he knew we had a game! In training yesterday he was excellent. He really drove the session. It was probably the best matchday minus-one we’ve had.“

Whilst Arthur may well come good for Jurgen Klopp and co, it’s clear that the long-term midfield target is Bellingham, who is a more progressive asset on the ball with his average of 3.0 successful dribbles and six chances created so far in the Bundesliga boding for another productive season in terms of end product.

And Liverpool fans will be hoping that this campaign is his third and final in the Bundesliga, with Klopp surely keen to get his hands on the starlet who is already averaging around 20.17 pressures per game, which will be music to the ears of the German boss.