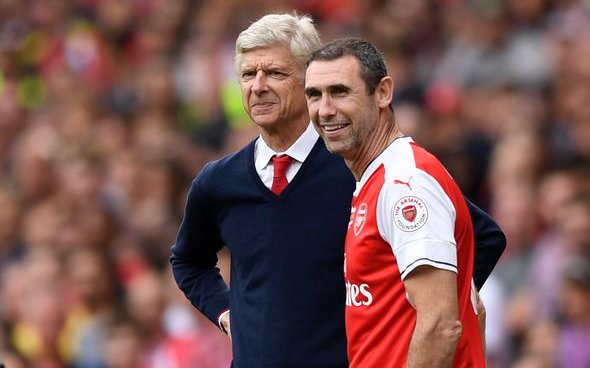 Martin Keown shared that he was putting his neck on the line to boldly predict that Liverpool would win the Premier League in their upcoming campaign.

The BBC pundit shared that he thought the Reds’ had Manchester City’s number and he believed that maybe the 2018/19 campaign could be the season where they finally lift the Premier League title.

Keown stated that he was backing Jurgen Klopp’s side for league glory as they had strengthened every compartment of their team in the summer transfer window.

“Liverpool have City’s card marked, they were the first team to beat them in the Premier League and saw them off twice in Europe,” stated the pundit, as quoted by the Daily Mail.

“What they lacked was the consistency to mount a title challenge but have spent a fortune to close their 25-point gap on City.”

“He has strengthened every compartment of his team. Andrew Robertson and Virgil van Dijk filled the gaps in defence. Now he has added quality in midfield with Naby Keita and Fabinho and spent a world-record fee for a goalkeeper.

“Maybe, just maybe, this could be their year.”

“I’m going to put my neck on the line and say Liverpool to win it, followed by City, Spurs and United. But Arsenal and Chelsea can sneak in.”

It’s amusing that Keown thinks it is considered putting his neck on the line in order to predict the Reds to be Premier League champions as a lot of people will be backing them this season. While Manchester City may have cruised to the league title last season, the Reds have appeared to greatly improve their team in the transfer market and will be a real force to be reckoned with in the upcoming campaign if everything goes to plan. Klopp will need to ensure that all of his new signing settle in quickly so that the Reds can start the season on the front foot. Given that the Merseyside giants completed a lot of their business at the start of the window, the majority of their new signings are no doubt already on their way to being fully settled in after playing in pre-season for the club. Hopefully Keown is right with prediction but at the very least hopefully the Reds push Manchester City all the way to the end this time around.