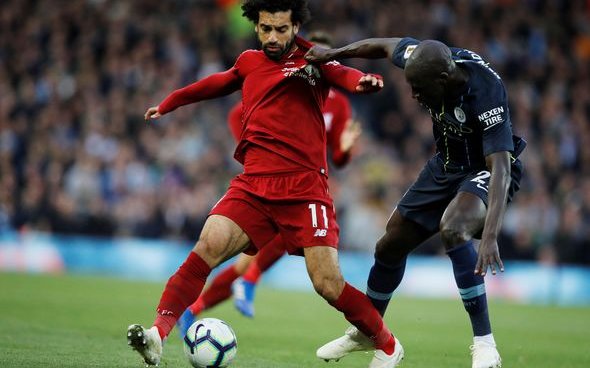 Liverpool talisman Mohamed Salah is desperate to leave the club for Barcelona or Real Madrid, according to Spanish outlet Don Balon.

The publication claims that the Egyptian would have been allowed to leave Anfield this summer if the Reds received an offer of more than £140million.

The former Roma man is now eager to make the switch to Spain, with Barca and Madrid the only Spanish clubs capable of financing such a move.

However, the 5ft 8in 26-year-old [Source: Transfermarkt] is now said to be suffering in silence due to the absence of a release clause in his current Liverpool contract.

Well, this is a turn up for the books, isn’t it? If Don Balon’s report is accurate then this is extremely alarming news for Jurgen Klopp’s side. Salah is undoubtedly the team’s best player and to lose him to one of their direct European rivals would be a disaster. It’s always baffling how easily a player’s head gets turned as soon as Barcelona or Madrid are linked with them; they forget all about their current team that has contributed massively to their personal success. Salah’s unhappiness could be one way to explain his (relatively) poor form at the start of this season. The Egypt international simply hasn’t looked himself this campaign and perhaps that is down to this failed move. It must be a bit of a reality check for him that despite all his success last year neither Madrid or Barca were prepared to offer the sort of money Liverpool wanted for him. If he really does have his heart set on a move to Spain, though, the best thing he can do is get back to the form he showed last year in order to convince the Spanish giants that he is worth their money.