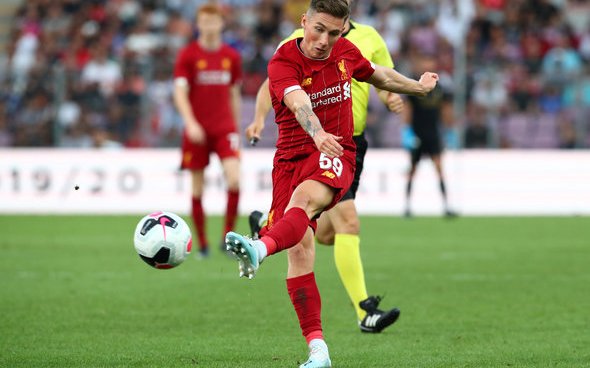 The Reds confirmed, via their official website, on Tuesday that Wilson had joined Bournemouth on loan for the season and the 22-year-old winger responded to the news by taking to his personal Instagram account.

“Delighted to sign for @officialafcb on loan for the season, can’t wait to get going,” wrote Wilson.

Wilson looking forward to his move saw Gerrard send the winger a supportive message as he wished him good luck for the upcoming campaign.

It seems Wilson is going to get the chance to impress in the Premier League in the coming season, the only catch is his opportunity isn’t coming at Anfield. Jurgen Klopp must have looked at his squad, worked out how much playing time the 22-year-old was likely to get then decided that he was better off going out on loan. After all, it’s very important that at his age, he is playing regular football in order to keep making progress in his development. Being handed odd minutes here and there by Klopp wouldn’t have seen him kick on, and it seems like the Cherries will utilise him more. Last season, Wilson took his chance to shine on loan in the Championship with Derby and it’s now it’s all about proving that he is capable of stepping up a level. The Reds winger scored 18 goals, while assisting six, in his 49 appearances across all competitions for Derby, and averaged an impressive 2.6 shots per game in his league outings (Source: WhoScored). If Wilson can rack up similar numbers, then he’ll return from Bournemouth next summer, ready to break into the Reds’ first team.