Naby Keita has never really lived up to heights expected of him when he first joined Liverpool from Red Bull Leipzig. The Guinea international left the Bundesliga having scored nine and assisted seven goals in 39 appearances, and arrived at Anfield with expectations he could add a real goal-threat from midfield. The 24-year-old didn’t deliver that, and only managed two Premier League goals in 25 outings – a stat he would most likely want to forget about. Something that sticks out is Keita’s injury history, having missed 11 games during his first season, despite only missing 12 games in the four seasons before that [Transfermarkt]. This season could have been a fresh start for Keita, but the Mirror revealed on Tuesday that the midfielder had limped out of training ahead of Wednesday’s Super Cup final against Chelsea – something fans didn’t take too well to. Many Liverpool fans took to Twitter to fume over the fresh injury concern of Keita, with one fan calling it ridiculous whereas another simply said that he was made of glass. 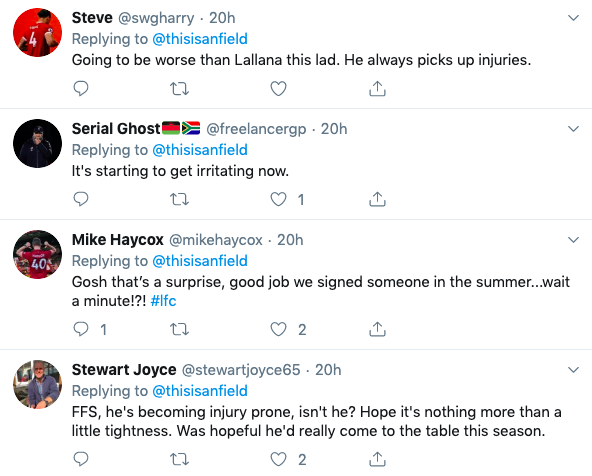 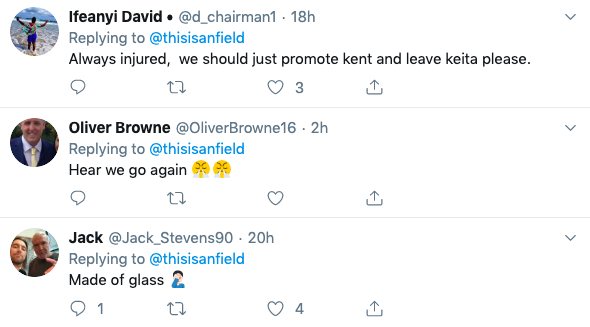 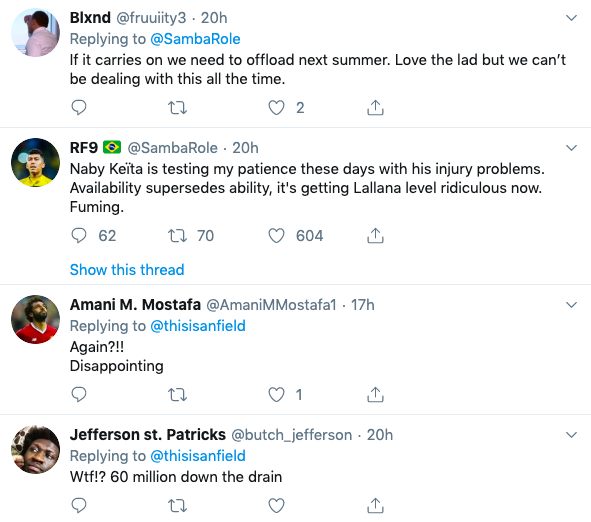