When Alisson Becker had to leave the field midway through the first half of Liverpool’s clash with Norwich City on Friday, many would have feared the worst. The Brazilian stopper quickly established himself as one of the Premier League’s best, as he became one of only five keepers to keep 20 or more clean sheets in a singular campaign during his first season. A big difference between Alisson and other keepers is his ability on the ball and how he makes keeping possession relatively easy. The 26-year-old averaged 28.3 passes per game and only 4.8 of those were long balls, and his success rate of 80.3% proving he acts as a pivot at the base of Liverpool’s side when on the ball [WhoScored]. Jurgen Klopp confirmed on Liverpool’s official website on Monday that Alisson will miss a number of weeks with a calf injury, in what will be the first time the Reds will be without him. Many Liverpool fans took to Twitter to react to the update, with the majority of them breathing a sigh of relief that it isn’t too much of an extended absence.

Live4Liverpool picked some of the best reactions below: 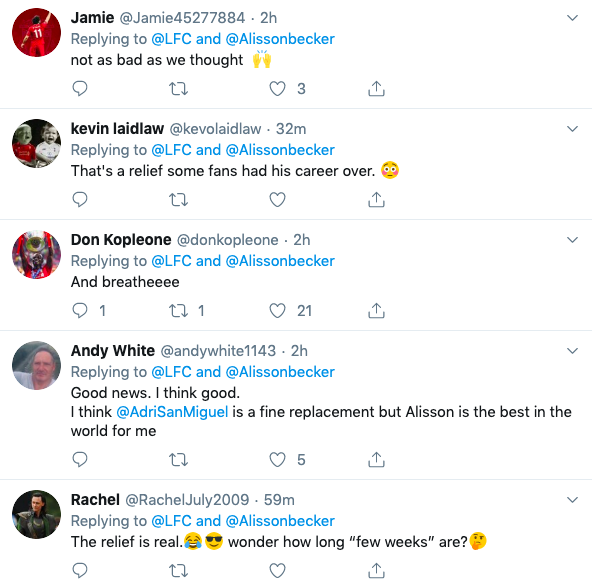 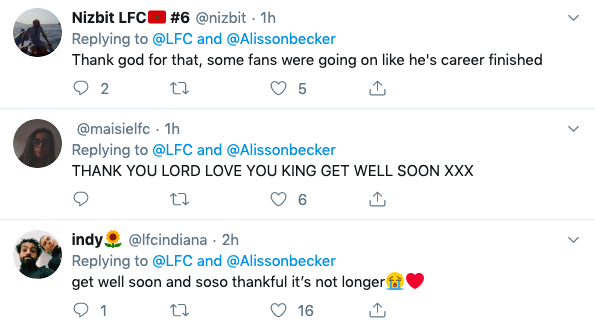 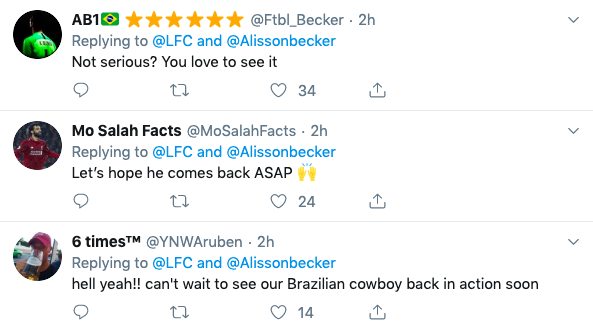 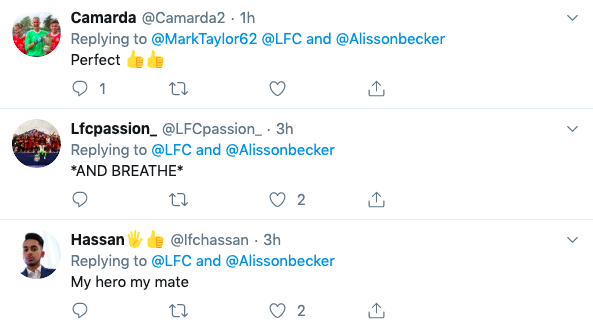