In the space of one weekend, a goalkeeping crisis seemed to appear at Anfield for Liverpool and Jurgen Klopp to try and solve. Alisson Becker went into the game against Norwich City as one of the best stoppers in the world after winning the Golden Glove award in the Premier League, the Champions League, and the Copa America last season. When the Brazilian left the field injured midway through the first half, Klopp was left with just Adrian as his only senior option and as the Super Cup final against Chelsea gets closer, the Liverpool Echo has reported that the Reds have agreed to a deal to bring current free agent Andy Lonergan to the club on a one-year deal. Lonergan will offer good strength in depth for Klopp and should settle in quickly after impressing when travelling with the squad on their trip to America in pre-season. Many Liverpool fans took to Twitter to react to the news, with the majority undecided on the reported deal for Lonergan, with one saying they’re “delighted” for him, whereas another simply called it “embarrassing.”

Live4Liverpool picked out some of the best reactions below: 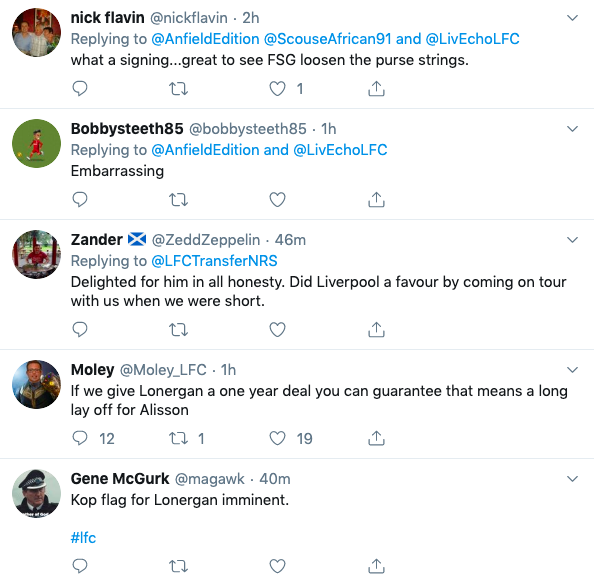 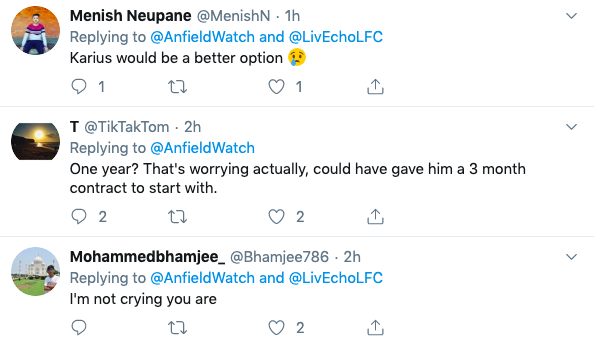