Jurgen Klopp is going to have one massive selection headache in mid-December now that Liverpool have to play two fixtures in two days.

It was confirmed on Tuesday that Liverpool will play their Carabao Cup quarter-final fixture against Aston Villa on December 17 before playing in the Club World Cup semi-final less than 24 hours later in Qatar.

On the Reds’ official website, it states that there will be two different playing squads utilised in both of the matches, which means that fans can expect one of the matches to be dominated by fringe players and youthful prodigies.

For the match against Aston Villa, it is predicted that Klopp will name a starting line-up that is similar to the one that started against Arsenal in the last round of the competition.

Liverpool came from behind to draw 5-5 with the Gunners before going on to win the resulting penalty shoot-out as a result of goalkeeper Caoimhín Kelleher saving Dani Ceballos’ spot-kick.

He could start in the match against Aston Villa behind a back-four of Neco Williams, Joe Gomez, Sepp van den Berg and James Milner.

Adam Lallana, Naby Keita and Curtis Jones could start in the central midfield positions for the clash with Villa while up front there might not be any changes to the attacking trio of Divock Origi, Harvey Elliott and Rhian Brewster. 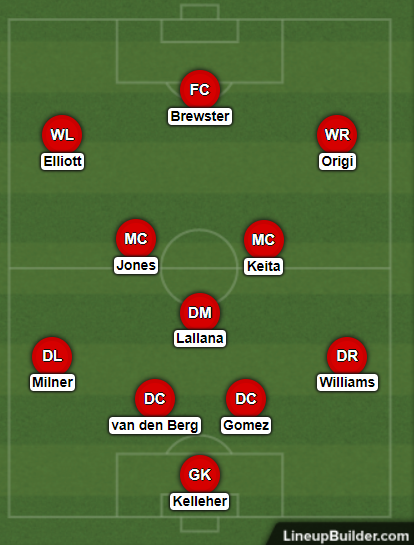 Of course, this team does include some senior players with Gomez, Milner, Lallana, Keita and Origi included.

However Liverpool are likely to play against Mexican side Monterrey in the semi-final of the Club World Cup, which means that Klopp might be able to afford using some of his lesser-used senior players for the Carabao Cup game.

Less than 24 hours later in Qatar, Klopp could name a starting line-up that has grown familiar to Liverpool supporters.

Alisson Becker is predicted to start in goals behind a back-four of Trent Alexander-Arnold, Joel Matip, Virgil van Dijk and Andrew Robertson.

Matip is currently injured but is expected to have fully recovered in time for the Club World Cup.

Fabinho, Georginio Wijnaldum and captain Jordan Henderson might start in the midfield with a familiar front-three of Mohamed Salah, Sadio Mane and Roberto Firmino ahead of them. 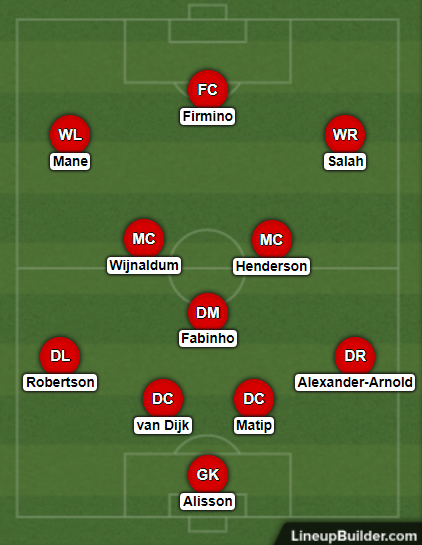 A lot can still change between now and mid-December when Liverpool are faced with their two matches in two days but at the moment, it is looking as though these could be the two starting line-ups that Klopp picks.

While there are no doubts that the side predicted for the Club World Cup semi-final should win against a team like Monterrey, there are questions about the youthful side that will take on Aston Villa.

However if they can show the grit and determination to grab a 5-5 draw against Arsenal before winning a penalty shoot-out, they should be able to progress to the semi-finals at the expense of Dean Smith’s side.