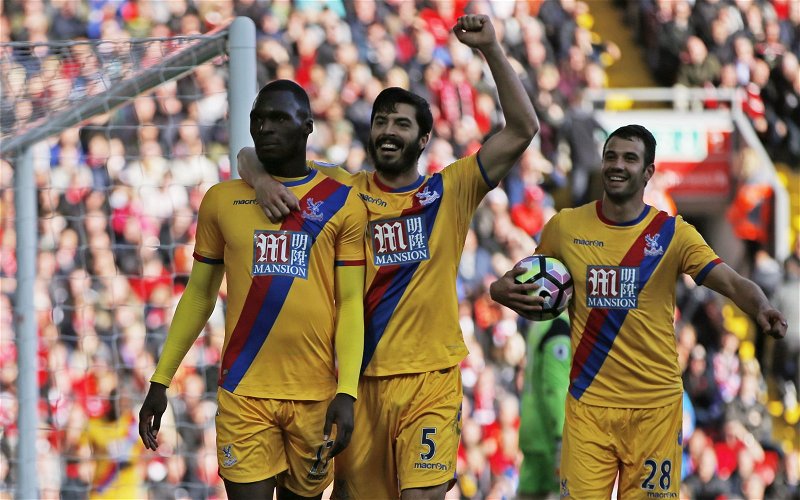 During one sobering week in January 2017, Liverpool played three matches at Anfield in three different competitions and lost every one of them. Swansea, Southampton and Wolves (then a second-tier side) all came to the home of the Reds and left victorious, the Swans claiming three league points and the other two progressing in cup competitions. [via TransferMarkt]

To suggest then that Jurgen Klopp’s team would soon begin a three-year sequence without losing a league game at home would have seemed wildly optimistic, yet that is the mark that Liverpool have reached today. It was on 23 April 2017 that the Reds were last defeated at Anfield in a Premier League fixture as Christian Benteke came back to haunt his old club by scoring both Crystal Palace goals in a 2-1 win (as per BBC).

Now that Liverpool’s formidable home league record enters a fourth year of invincibility, here are some facts and figures pertaining to the phenomenal run of games that the Reds have racked up since Benteke’s double in 2017:

16 – league points dropped by Liverpool at Anfield in the 2016/17 Premier League; only one fewer than they relinquished in the entire 38-game programme last season

4 – league points dropped by Liverpool at Anfield in the 2018/19 Premier League; only Manchester City and Leicester managed draws at the venue

0 – league points dropped by Liverpool at Anfield this season, despite being behind in four home games (Newcastle, Tottenham, West Ham, Bournemouth)

3 – defeats at Anfield in all competitions in the last three years. They came at the hands of West Brom (FA Cup, January 2018), Chelsea (Carabao Cup, September 2018) and Atletico Madrid (Champions League, March 2020)

5 – home Premier League games in which Liverpool have been kept scoreless during their three-year unbeaten sequence. Southampton (2016/17), Manchester United, West Brom, Stoke (2017/18) and Manchester City (2018/19) are the only visitors to Anfield who have left with a clean sheet in that time.

0 – Premier League goals at Anfield for Roberto Firmino this season. The Brazilian has found the net 11 times in 2019/20 but his only goal at home was in the Champions League defeat to Atletico Madrid. [via TransferMarkt]

15 – seconds on the clock when Naby Keita scored in the 5-0 home win over Huddersfield a year ago this week, the fastest goal in Liverpool’s Premier League history [via Goal.com]

Liverpool fans, what do you make of the Reds’ phenomenal home record in the Premier League? What have been your highlights of that three-year unbeaten streak at Anfield? Let us know in the comments section below!