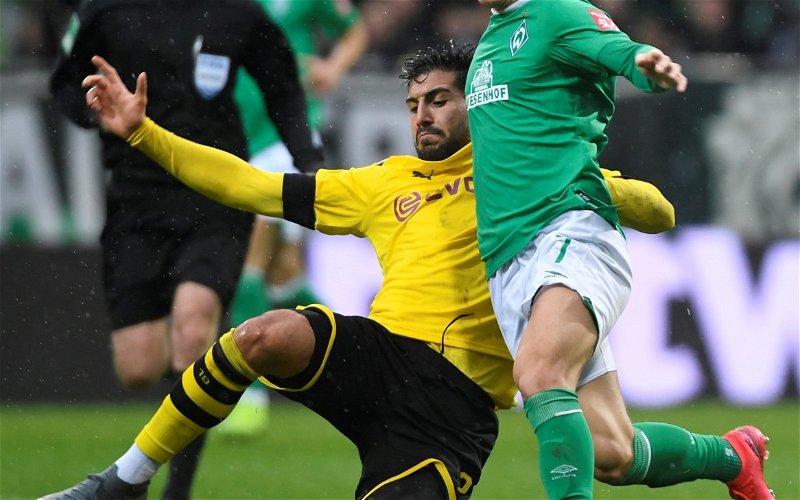 Liverpool are planning a transfer raid for Werder Bremen winger Milot Rashica this summer, according to German media outlet Bild [via The Mirror].

Bild claimed [via The Mirror] that the Bundesliga club are likely to demand a fee in the region of £33m for the Kosovo international, although prospective suitors may be able to land him for a smaller amount if the north German outfit are relegated from the top-flight – they are currently in the Bundesliga drop zone.

The 23-year-old has been a reliable source of goals for a struggling Werder Bremen team this season, scoring 10 times and providing five assists in 24 matches (as per TransferMarkt). Those figures have been accumulated in 2,074 minutes of game-time, giving him an average of one goal per 207.4 minutes and an assist every 414.8 minutes.

Although he is mainly used on the left wing, Rashica has also played as a centre-forward, second striker and attacking midfielder this term, demonstrating his versatility and adaptability to a variety of positions. He possesses an aptitude for taking on and beating opposition defenders, averaging 2.2 successful dribbles per game, and his eye for distribution is reflected in his match average of 1.6 key passes.

Klopp may well see him as a left-wing alternative to Sadio Mane, who has excelled with 18 goals from that flank in the current campaign but could miss a chunk of next season if Senegal qualify for the Africa Cup of Nations finals in January.

How does Rashica compare to Takumi Minamino?

However, it has not been that long since Klopp brought in some backup to Mane at Anfield. It was only three months ago that Takumi Minamino pitched up on Merseyside after completing his switch from Red Bull Salzburg and, with Liverpool’s last game coming more than three weeks ago due to the coronavirus-enforced stoppage of the football season, the Japan winger has had little chance to impress so far.

Indeed, such has been Mane’s form that Minamino has yet to start a Premier League game for Liverpool, being left to rely on the FA Cup to show what he can do from the first whistle. The 25-year-old has proven he can be a very effective presence, though, with nine goals and 11 assists in 1,927 minutes of action in total this season – averaging one goal per 214.11 minutes and an assist every 175.18 minutes. [via TransferMarkt]

His scoring return is broadly similar to Rashica’s and he creates goals with far greater regularity. Also, across the club season, Minamino has contributed more passes per game (23.9 to 20.5) and has had a better passing success rate (85.3% to 73.8%) than the Kosovo winger.

Instead of paying a potential £30m+ on a player whose figures suggest wouldn’t discernibly improve Liverpool’s left-wing options, Klopp ought to be patient with Minamino and give the Japanese forward ample opportunity to prove his worth, especially so soon after buying him.

Liverpool fans, do you think the Reds should try to sign Rashica as a backup to Mane or would you rather see Minamino being given time to properly prove himself? Join in the discussion by commenting below!