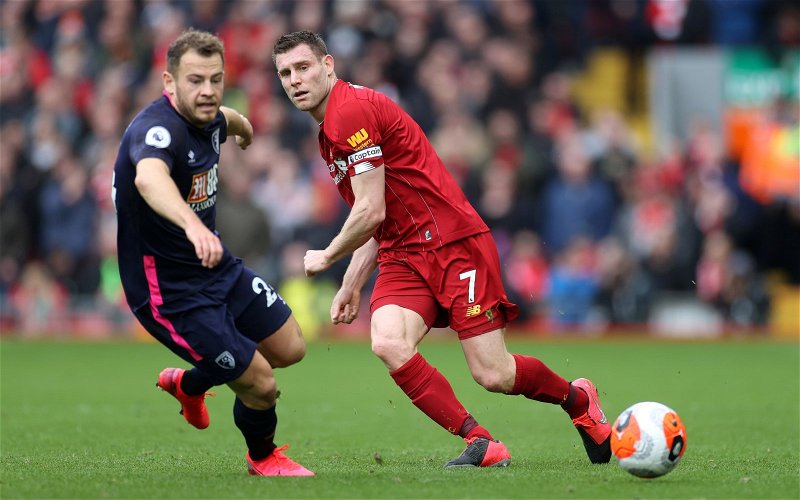 Former England goalkeeper Paul Robinson does not expect Liverpool to seriously consider signing Ryan Fraser on a free transfer in the summer, instead backing one of his Bournemouth team-mates to get Jurgen Klopp’s backing.

Harry Wilson is on loan at the Cherries from Anfield this season but is due to return to his parent club when the campaign finishes. The Reds had been linked in January (by talkSPORT) with a possible move for Fraser, whose Bournemouth contract expires at the end of the season, but Robinson doesn’t envisage the Scottish winger moving to the Premier League leaders.

He told Football Insider: “Harry Wilson is a more realistic option than Fraser. You look at the way Wilson has played at Bournemouth, that type of player I see fitting in better with the set up at Liverpool. The Premier League loan for him has been outstanding. Fraser has been fantastic for a while but I just question whether he is a Liverpool player. I expect Klopp to look to Wilson instead.”

It’s not difficult to see why Robinson would lean towards Wilson being more likely than Fraser to line up for Liverpool next season given the duo’s respective form over the last number of months. The on-loan Reds winger has looked assured in his first season at Premier League level, scoring six goals in 23 league games for Bournemouth. By contrast, his Cherries team-mate has been on target just once in 28 league outings this term, while his tally of four assists is way down on the 14 he recorded last season, a figure which was beaten only by Eden Hazard at Chelsea.

Also, Klopp has already worked with Wilson at Liverpool and surely will be patently aware of his qualities, having given him his senior debut back in 2017 and handed him ample game-time during the Reds’ pre-season tour last summer, during which he stood out. The 23-year-old should go back to Anfield with his reputation enhanced after proving he can score at top-flight level, whereas 26-year-old Fraser could be let go by a club in the relegation zone after a dramatic dip in productivity from 2018/19. Also, unlike Wilson, Klopp has no experience of working first-hand with the Scottish winger.

Those factors would appear to give Wilson a far better chance than Fraser of being in Liverpool’s squad next season, as Robinson has suggested.

Liverpool fans, do you agree with Robinson’s verdict on Wilson and Fraser? Given a choice of the two, who would you rather have at the club next season? Join in the discussion by commenting below!